OnePlus 8T Renders Leaked: Here’s What It Could Look Like 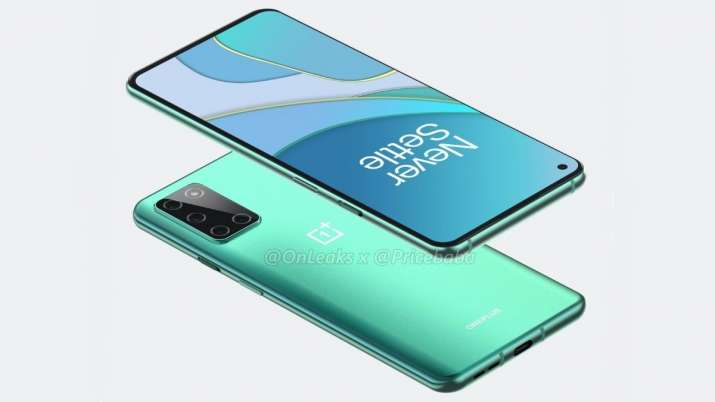 Rumor has it that OnePlus is introducing the OnePlus 8T as part of its new mid-range range after the launch of the OnePlus 8 series and OnePlus Nord. The OnePlus 8T has been in the rumor mill for quite some time, and the recent leak sheds light on the possible design. Read on to find out more about the upcoming OnePlus smartphone.

After a collaborative leak from OnLeaks and PriceBabaThe OnePlus 8T is expected to have a sleek design and adopt design elements from Samsung smartphones. The renderings are based on internal circuit diagrams and not on the 3D CAD which says the exact dimensions of the smartphone are not known.

The images suggest that, similar to the OnePlus 8 series, the OnePlus 8T is getting a borderless flat screen with a hole in the upper left corner. On the back of the device, there is likely a rectangular camera module in the upper left corner with four randomly placed camera sensors and an LED flash, similar to most Samsung smartphones these days.

The pictures also show the SIM tray, a USB Type-C port and speaker grille for the lower end, as well as a noise-canceling microphone on the upper end. The volume rocker is on the left, the alarm control and the on / off switch on the right.

Although nothing specific is available, rumors suggest that the OnePlus 8T will come with a 6.55-inch Full HD + display with a 120 Hz refresh rate. This is an upgrade to the OnePlus 8’s 90Hz display. The smartphone is expected to be available powered by a Qualcomm Snapdragon 865 processor, which contradicts the previous leak that indicates a Snapdragon 865 Plus chipset. There are two RAM / storage options: 8 GB / 128 GB and 12 GB / 256 GB

The camera department will likely get quad rear cameras (48MP main camera, 16MP ultra wide angle lens, 5MP macro lens, 2MP depth sensor) and a 32MP front camera that was also seen on the OnePlus Nord. The OnePlus 8T could be powered by a 4,500 mAh battery with 65W Warp Charge fast charging technology to compete with Realme’s 65W fast charging on the Realme 7 Pro. In addition, it could have a built-in fingerprint scanner and run OxygenOS 11 based on Android 11.

The OnePlus 8T is expected to arrive in October. Having recently received BIS (Bureau of Indian Standards) certification, it could get started soon. While pricing details remain unknown, it could be priced below Rs. 50,000, but more than the OnePlus 8.

We’ll keep you updated on the OnePlus 8T as soon as something official comes up. So stay tuned.

The PS5 really is a gigantic console, as this scale representation shows