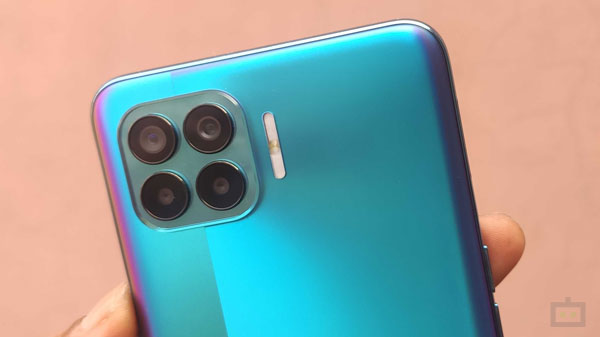 Oppo is preparing to launch Reno4 Lite. The device is expected to be launched as a renamed version of the Oppo F17 Pro and is set to become official soon. In addition to the Reno4 Lite, the company is also working on another model in the Reno 4 series. The upcoming smartphone is slated to be the Reno 4F, which is slated to hit stores next month.

Oppo has teased the launch of the Reno 4F via its official social media handles. The device will arrive on the Indonesian market on October 12th. According to the teaser poster, the upcoming smartphone will have an ultra-slim design.

The teaser picture shows the edges of the smartphone, with the volume and SIM card slot on the left. The right spine is seen with the on / off switch. The company also posted a teaser video on its official Indonesian YouTube channel showing the device with a quad rear camera in a square module.

The back has a gradient surface. At the front, the device grabs a pill-shaped hole for the selfie camera in the top left. The design appears to be identical to the F17 Pro. It’s worth noting that the Oppo Reno4 Lite is also known as the renamed version of the F17 Pro.

So it remains to be seen whether the company will also launch the Reno4 Lite as the renamed F17 Pro or just keep the skin the same. Speaking of specifications: the Reno4 F is equipped with a Super AMOLED display.

However, the display size is not displayed. The teaser video on YouTube also suggests the presence of a camera in AI portrait mode. Not much was revealed in terms of hardware. But since the company has started officially teasing it, more details are likely to come out before it launches.

You have already subscribed