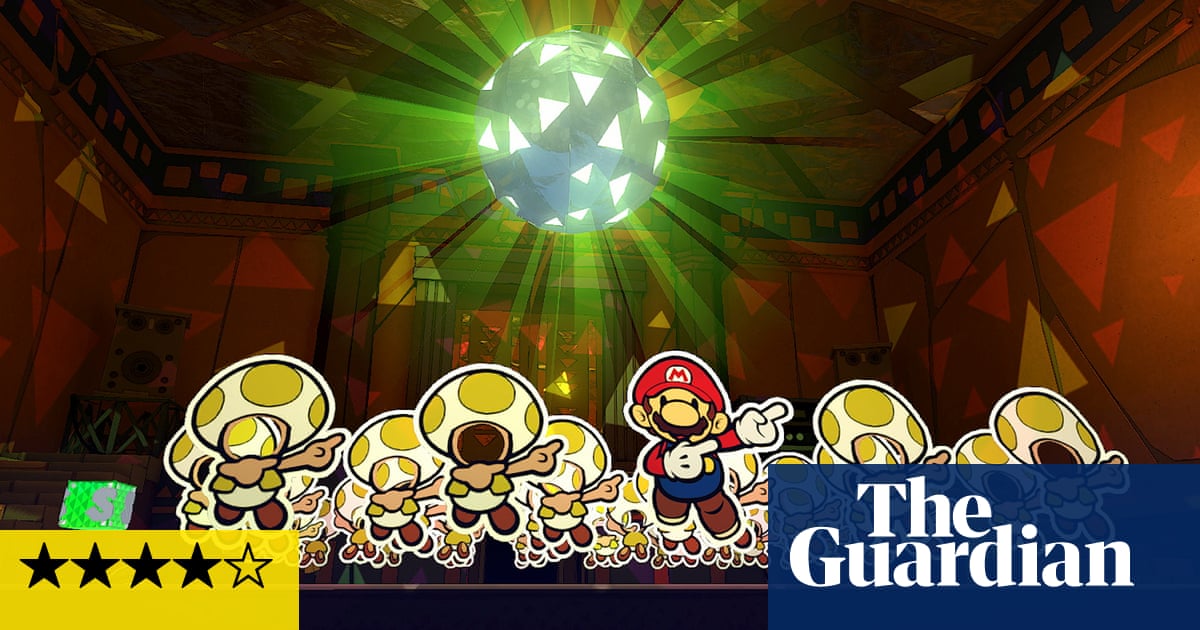 IIn the long, internal days of late closure, a paper Mario paper promises and delivers a bright Technicolor escape in the summer. Paper Mario is a playful, RPG-like branch of the Super Mario main tree, and Origami King is charming, confident and full of self-referential pastiche from the start. The writing has an almost thousand year old tone: sharp, knowing and flirting with self-irony. Combined with tight scripts, this humor makes it a scream from start to finish.

The simple Princess Peach-Has-Been-Kidnapped-Again story is just a framework in which the game can play with you while you play it, tongue firmly in your cheek. Every crumpled toad hidden in a bush knows that it is a toad, that it is made of paper, and that it has something devastating to say about the fact that it is hidden in a bush at all. (It is also probably known that you preferred Paper Mario: The Thousand-Year Door and didn’t like Sticker Star.)

Landscapes are exquisitely rendered from cardboard and craft supplies. This design has a tactile element: when playing, it feels like moving a tiny figure around a handmade diorama. Houses become like milk cartons or boxes made up of layers of paper and cardboard. The sets are rarely what they appear at first glance – as the origami theme suggests, they have the potential to change.

Origami King slows instantly in battle. When a fight begins, we snap into a battle arena that is also a puzzle slice that needs to be solved before Mario can jump on enemies. I understand the imagination here – that the movement of the puzzle board is an extension of the origami theme – but it’s picky and overly complicated. Faster battles against giant paper mache goombas and koopas are far more dynamic, and I would have preferred to have done without the arenas to jump around the world with my hammer instead.

Much of what you do in Origami King is absurd – like finding the perfect disco track to lure a punch out of hiding – but beyond the Mario hallmark, playfulness and lightness also have a dose of pathos that is something gives contrast to the bright, sharp dialogue. A short section in which Mario is accompanied by a bob omb is beautifully done, with some nice moments of reflection in the episode.

This is a very detailed game that spans several huge, very involved worlds – one of which is an incredibly specific riff in The Legend of Zelda: The Wind Waker to give you an idea of ​​its size. For me, the heart of the game lies in its hidden cafes. Sometimes Mario discovers a hole in the wall that, when repaired with magical confetti, turns into a door – and in the cave behind is a café populated by familiar faces. You can restore health here, but that’s not what the café is for. It is reminiscent of the tea break sequences in EarthBound: a moment of pause to anchor the player in fiction in front of them.

It could be made of paper, but Origami King has a lot of structural integrity and unexpected depth. If you don’t deal with the tricky combat mechanics, the reward is an increased, postmodern joy.