Breaking News
Home / WorldTech / People wonder if they had COVID-19 before, but the answer isn't easy

People wonder if they had COVID-19 before, but the answer isn't easy 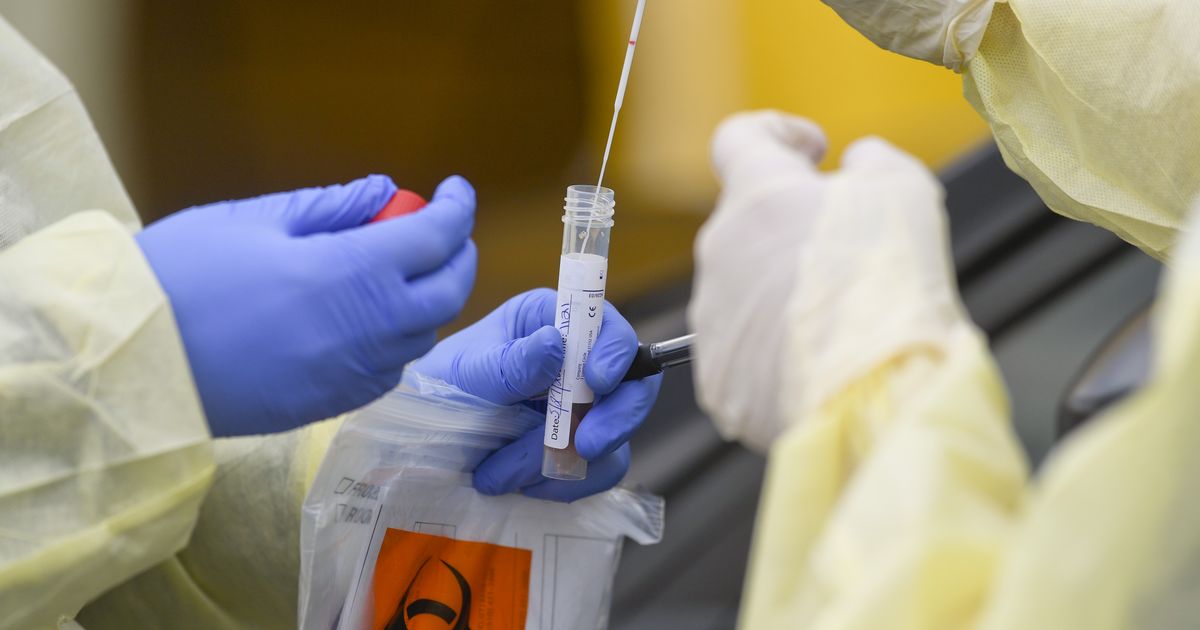 9659002] Football star Carli Lloyd asked himself on Twitter at the end of March and described symptoms similar to COVID-19, including fever, cough and shortness of breath.

" I started to think my husband and I had the corona virus in mid-February, "she wrote. "An illness that we have never felt before."

Her answers were full of people wondering about the same scenario in their lives.

It is an at the same time compelling, legitimate question and a kind of fantasy that we could indulge in, because the alternative – constantly concerned about being infected with a highly infectious, possibly fatal disease – is exhausting. The fear of extreme social distancing and panic buying could be more bearable if people knew they had already survived asymptomatic, mild or moderate cases of COVID-19.

Unfortunately, the answer to this question is difficult to find, which, to our knowledge, means that the risk of developing COVID-19 remains high. This is especially true because people who are asymptomatic can infect others, which undermines an important assumption about how viruses are transmitted.

More than 370,000 cases and 12,000 deaths are now known in the United States, and health officials stress that the only way to curb infections and prevent more deaths is to continue practicing social distancing, hand washing, and other preventive measures .

To know how many people in the United States have been infected with COVID-19, we need a wide range of high-precision tests that detect the presence of antibodies to the disease. We also need more scientific information on how long immunity to the disease persists when someone acquires it. Immunity to colds caused by coronaviruses is temporary. Even if someone suspects that he has COVID-19 earlier this year, it does not necessarily mean that he will continue to be immune to the virus in the coming months or years.

Then the question arises whether the timeline makes sense. Before the known outbreaks in severe cases where hospitalization would have been necessary, could people have developed mild or moderate cases of COVID-19 without a simultaneous increase?

Nicholas Reich, associate professor of biostatistics at the University of Massachusetts at Amherst, whose laboratory focuses on the understanding and modeling of infectious diseases, has searched for evidence of this and has so far seen only a few data that demonstrate this possibility.

In the past two months, @cmyeaton and I have performed a weekly analysis of publicly available ILI (Influenza-like Disease) data and flu test results from @CDCFlu . and state health departments. https://t.co/KrqgiKoyxE[19459016‹1/[19659003lightboxes—NicholasGReich(@reichlab) March 27, 2020

He and his laboratory members noticed an increase in flu-like illnesses in December and December January and thought, perhaps corona virus had been in silent circulation for months. They decided to consider the rate of flu-like diseases alongside the rate of negative flu tests as a potential signal for the spread of COVID-19 in the community. If the disease increased but more flu tests were negative, it could indicate that another pathogen is playing an unexpected role. At the end of February, the analysis of the laboratory revealed trends that corresponded to historical norms.

Since the laboratory began examining samples in March, they have found deviations from historical norms, but it was difficult to draw strong conclusions from this data.

More people with respiratory diseases went to the doctor and were also tested negative for flu. Reich said, however, that this could be due to people changing their behavior as media coverage of the corona virus increased. In other words, more people sought medical help for various symptoms due to alarming headlines about COVID-19, but may not have the disease. The researchers could not rule out an earlier spread of COVID-19 than expected, but the data also indicated that the coronavirus, if it had been present, would have been relatively limited.

Reich believes it plausible that someone near a hotspot such as Seattle or New York might have developed COVID-19 in mid-February when the disease spread to the communities.

"Such outbreaks take time to build up steam and really burn," he said.

However, given the severity of COVID-19, Reich considers it unlikely that the coronavirus was widespread before the end of February and early March. That would be accompanied by what we see now and have seen in Italy: A fraction of the patients flow into emergency rooms with breathlessness.

"Such outbreaks take time to build up steam and really burn."

"Because of everything that came out, I increasingly felt that it would have been really hard to miss a major outbreak," Reich said. "Data points like [what's happening in Italy] make it clearer how this really differs from seasonal flu."

Reich also refers to genomic analyzes of the coronavirus, which were carried out by a computer biologist at the Fred Hutchinson Cancer Research Center in Seattle and in which the COVID-19 case occurred in the United States in Washington, DC in mid-January. This study examined minor mutations in the genome of the virus to analyze when it might have occurred in the United States. If this analysis is correct, it is far less likely that the disease will cause mysterious respiratory diseases in late 2019 or early 2020. [19659003] Ruth Collins, professor of molecular medicine at Cornell University, said it was very likely that another bad virus might have been in circulation this winter. Since the symptoms caused by coronaviruses overlap considerably, it makes sense that some people had a terrible disease that was not actually caused by COVID-19, but still caused symptoms similar to cough, fever and pain.

Collins said that the question of whether a pre-coronavirus disease was actually COVID-19 is a form of highly relatable wishful thinking.

"It's part of human psychology," she said. "We always want to think that we are better than we are, that we were lucky that we somehow made it."

It also doesn't help that tests to diagnose COVID-19 were difficult to get.

In the absence of diagnostic tests, we need extensive individual and epidemiological tests to determine who has been infected with COVID-19 and who has developed antibodies against the disease. This requires high-precision serological tests or blood-based tests that detect the presence of antibodies against COVID-19. Such tests are being introduced by disease control and prevention centers, but the government agency is focusing on areas that have become hot spots. Antibody tests are not widely available, and although attempts are being made to make them available to the public, it is not clear when they will be carried out.

Collins also said that antibody tests, like any other test, can be unreliable and produce both false negative and false positive results. For example, tests may not be able to ingest small amounts of antibodies because immunity decreases even if the person is infected.

What we need is more conclusive medical and scientific research on how COVID-19 is transmitted, particularly by asymptomatic people, and a more detailed list of how many people have been infected. Individual access to accurate antibody tests is important to answer the open question about a possible infection. However, it is still unclear how long immunity will last.

In the meantime, suspicion of COVID-19 infection without confirmation is no reason to relax social distancing or hygiene practices.

"This thing won't go away quickly," said Collins. "We need to learn more about the spread of the disease. The idea of ​​testing will give some confidence, but it won't be enough until we know more about how the disease is transmitted."