POCO Teases New Product Launch Soon; could be the successor to POCO F1 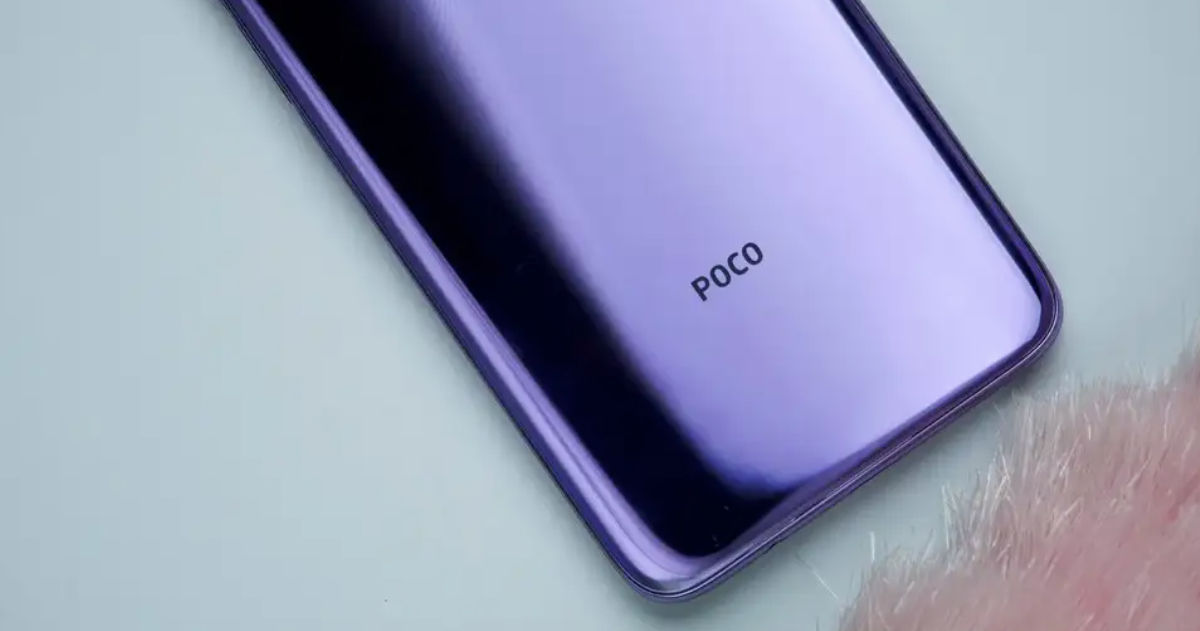 Angus Kai Ho Ng, Global Product Marketing Manager and Spokesman for POCO, announced a new POCO product launch before the end of the year. The cryptic tweet doesn’t spill the beans on the upcoming device, but we speculate that it might be the POCO F1 successor that was long overdue. The development of the POCO F1 successor, possibly called POCO F2, was recently confirmed by POCO India Director Anuj Sharma. There is also a possibility that the device is a completely different product, possibly the POCO TWS earphones.

Also read: POCO F2 Pro does not start in India, but POCO F1

successor is in the works 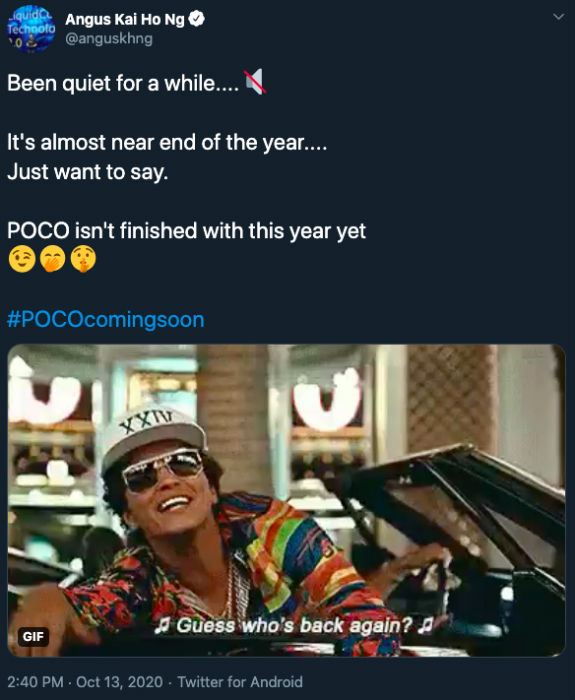 Although the POCO F1 successor was confirmed to be in the works, Anuj had made it clear that it could take a while to roll out in India as the company still needs time to develop it. The POCO F2 Pro was originally believed to be the POCO F1 successor, but the brand believes it isn’t a perfect sequel to the phone that is putting POCO in the spotlight. With the POCO F1 being a flagship, the POCO F2 with a Snapdragon 8xx series chipset should be available at an aggressive price in India.

Separately, POCO recently launched the POCO C3 in India. The phone has a 6.53-inch HD + LCD screen with a resolution of 720 x 1,600p and a waterdrop notch for the selfie camera. It is operated with the MediaTek Helio G35 SoC, which is coupled with IMG PowerVR GE8320 GPU, 4 GB RAM and 64 GB internal memory that can be expanded via a microSD card. It runs on Android 10-based MIUI 12 skin. The POCO C3 offers a triple camera setup consisting of a 13-megapixel main camera, a 2-megapixel ultra-wide-angle lens and a 2-megapixel depth sensor. On the front is a 5 megapixel snapper for selfies and video chats. The phone has a 5,000 mAh battery.