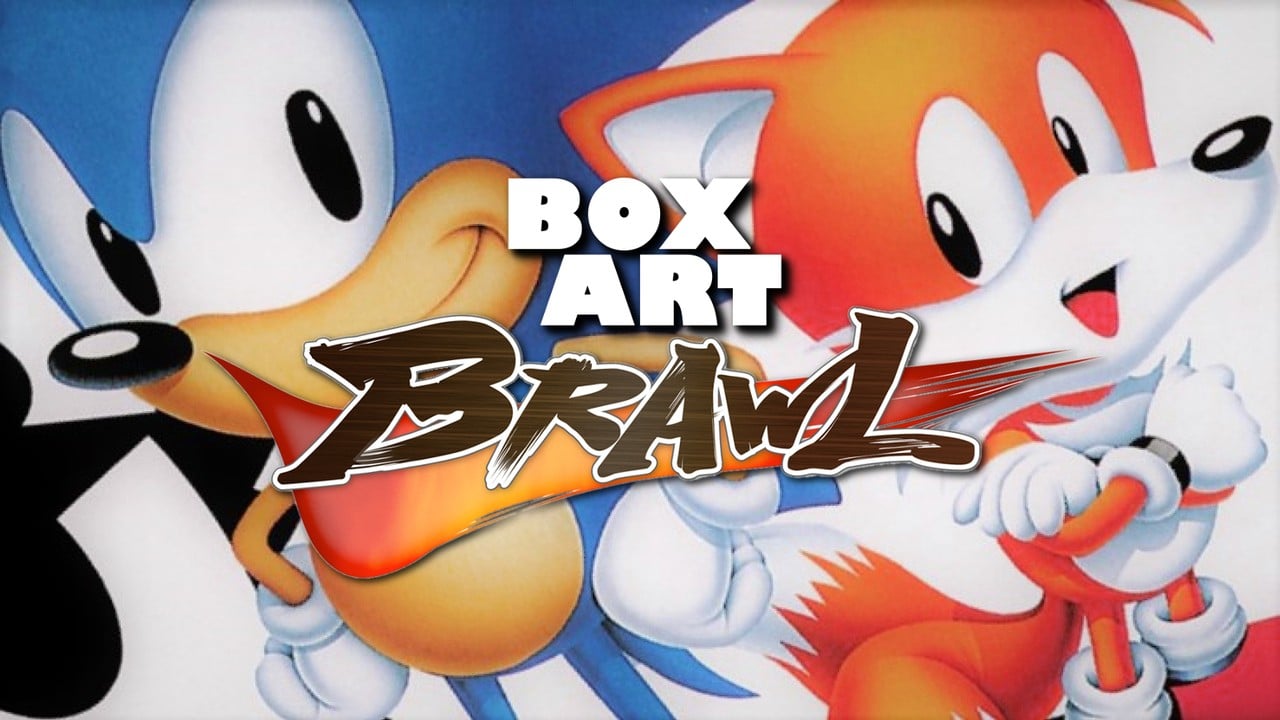 Welcome back to Box Art Brawl, the series in which multiple regionally variable covers of the same game battle for your vote to the bitter end in a deadly beauty battle.

The last time we had a duel between East and West: two versions of Super Mario All-Stars After all the announcements for Mario’s 35th anniversary that put us in a plumber mood, it went head to head. It was the manic North American / European cover that lost the majority of your votes and you didn’t notice the shiny gold Japanese cover.

This week we’re doing a little counter-programming. At the moment everyone is talking about Mario, but what about his old platform opponent? Next week will mark the 30th anniversary of the UK release of Mega Drive / Genesis. So what better time is there to get the blue hedgehog back into the brawl?

7;ve already examined the cover of Sonic’s Mega Drive debut and the third entry in the 16-bit platform series. So let’s take a look at the legendary game that played between these two …

We’ll start with the Genesis cover. What can we say Maybe nostalgia speaks, but we love that: the black-eyed Robotnik crushes the giant checkerboard-2 with his fleshy fingers; the hero couple posing in front of him; Tail with big eyes, enthusiastic expression; Sonic everything cheeky and clunky.

Top it off with a very solid logo below, the shiny gold SEGA seal of quality and the black / gray border. The only thing pulling this down is the Genesis logo on top. In our opinion it is far inferior to the sexy Mega Drive logo, but different strokes. It’s still a great cover.

We almost wanted to make this a Box Art Brawl: Duel – we’ve done this before for games where only the edge changes color when you cross the Atlantic – but after looking at the yellow-and-orange edge of the European cover , we couldn’t bring ourselves to rule it out.

It uses identical artwork as the North American version, but combines the bright border, the classy grid pattern at the bottom (a trademark of the Mega Drive boxes of the time), the classic blue and white SEGA logo and the chrome-like Mega Drive logo at the top to make this far superior in our eyes.

And for foot fans everywhere, you can see the toe of Miles Prower’s right shoe, which is covered in the NA version. Insta-Win!

In accordance with the cover of the first game (and Sonic 3The Japanese version shows Sonic and Tails in front of an abstract, predominantly black and white background with splashes of color. The logo appears twice, not just once, and there’s also a neat intersection of the words “SONIC” and “TAILS”. It doesn’t make a lot of sense, but it looks cool.

From the Japanese cover of the previous game, the following advice also returns to avoid procrastination:

Don’t just sit there and waste your precious time.
If you want to do something, do it now. Do it if you can.
This is the only way to live a life without remorse.

We enjoy the slogans, the continuity between the covers and the abundance of dotted, no-frills lines. It’s all a little aimless and out of context, but then again, it’s a game of walking around as a Disney feathered blue hedgehog in red sneakers, followed by a two-sided fox who is half his size. Context, logic; These things are overrated. fun is the focus here.

So, iconic covers for sure, but which one is the best? Choose your favorite from the options below and click “Vote” to let us know:

And that’s another week over. We hope you enjoyed this short break from the cozy plumber. See you next time for another Box Art Brawl,

Katamari Damacy Reroll launches on PS4 and Xbox One in November • Eurogamer.net

Amazon Alexa Event for September 24th – Here’s What To Expect