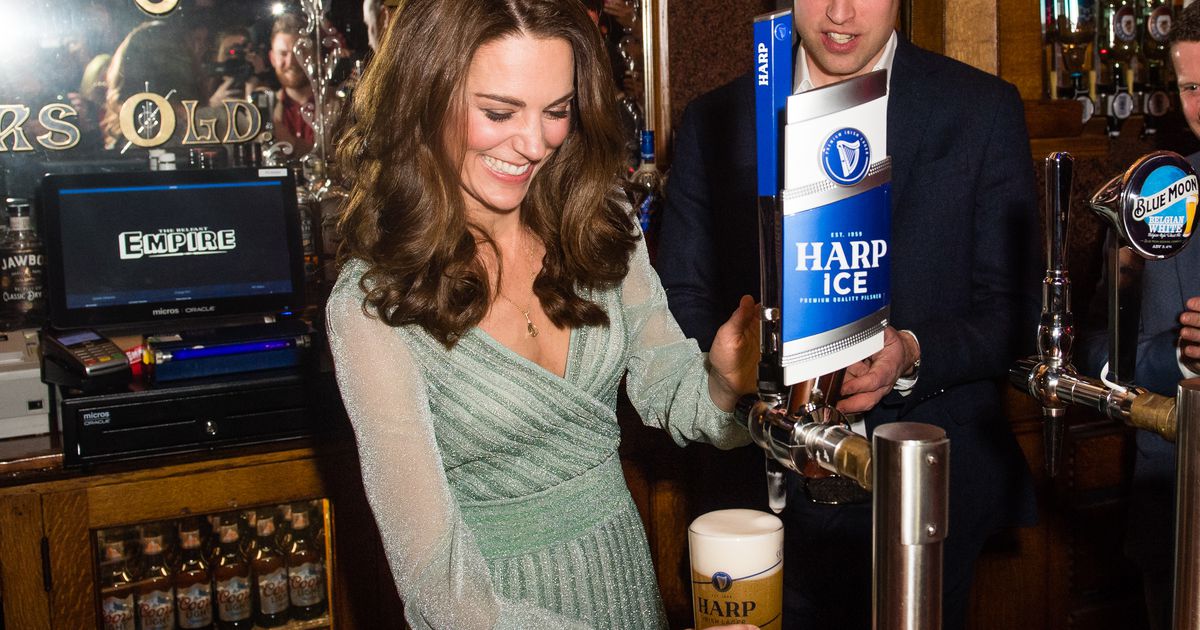 The Duke and Duchess of Cambridge gave two cold pints when they visited Belfast on a tour of Northern Ireland to celebrate young people making a difference in their communities.

Kensington Palace tweeted a video of the couple on which Middleton stood tipping a cold glass of harp (an Irish warehouse).

Images of the pouring ceremony show that the couple looks somewhat concerned about their casting technique, probably worried about the amount of foam on their pint.

Prince William also had a tap. BELFAST, NORTHERN IRELAND – FEBRUARY 27: Catherine, Duchess of Cambridge watches as Prince William, Duke of Cambridge, draws a glass of beer during a visit to Belfast's Empire Music Hall on February 27, 2019 in Belfast, Northern Ireland , Prince William last visited Belfast in October 2017 without his wife Catherine, Duchess of Cambridge, who was pregnant with the couple's third child. This time, they are focusing on the young people of Northern Ireland. Her engagements include a visit to Windsor Park Stadium, home of the Irish Football Association, activities at the Roscor Youth Village in Fermanagh, a party at the Belfast Empire Hall, Cinemagic – a charity that inspires young people with film, television and digital technologies and finally with a SureStart program for early years. (Photo by Samir Hussein / Samir Hussein / WireImage) ” data-fragment=”m!92a7″ data-image=”https://mondrian.mashable.com/uploads%252Fcard%252Fimage%252F942532%252F19c5beb4-8c3d-42ed-af40-72bfde3b102c.jpg%252Foriginal.jpg?signature=C-V1NKh3ZBUBsJ1IatrxanYcoK0=&source=https%3A%2F%2Fblueprint-api-production.s3.amazonaws.com” data-micro=”1″/>