PS5 vs Xbox Series X: How Next-Gen Consoles Stack Up 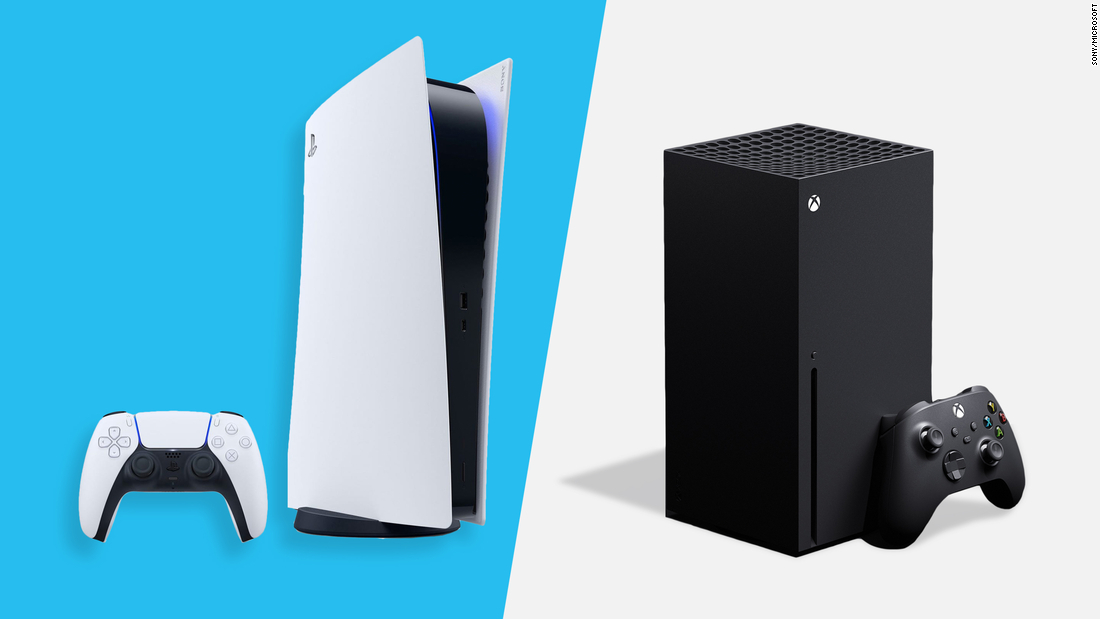 When it comes to the processor, the Xbox Series X is a bit more powerful than the PlayStation 5, although the difference likely won’t have much of an impact on the gaming experience.

The processor of the new Xbox, also known as the CPU, can reach 3.8 gigahertz, slightly higher clock rates than the 3.5 gigahertz of the PS5. But those are just the numbers, and it remains to be seen how that will affect performance.

In terms of graphics, Microsoft initially seems to have the slight advantage.

7;s GPU has, the better a game will look. Xbox has 1.7 teraflops on its GPU, a unit for measuring the computing speed as a PlayStation.

Before we write off Sony, it should be noted that the PlayStation has some differences in its GPU architecture that may result in better graphics performance than it initially appears. So we’ll only know how all these numbers affect the visual experience when we see what the graphics look like in different games.

The Xbox Series X wins in internal storage. Xbox has 1 terabyte of internal storage compared to 825 GB for PlayStation. Any gamer will tell you that running out of space on a console can be a problem. Both console manufacturers now have cloud gaming solutions – PlayStation Now and Project xCloud – and as more gamers rely on the cloud, storage becomes less important.

Sony has an advantage. The PS5 can transfer data at 5.5 GB per second compared to the Xbox Series X, which operates at 2.4 GB per second. This could mean slightly shorter loading times and less time spent on a loading screen.

Both consoles are evenly matched to each other elsewhere. They each have 16 GB of storage and support games with 4K and 8K resolution. And when it comes to the latest in eye-catching technology, both Sony and Microsoft have worked to incorporate ray tracing, a technology that makes lights and shadows look better in the game and provides 3D audio for even more intense sound.

While both consoles support games at 8K resolution, most users don’t own an 8K compatible TV, and most developers don’t currently optimize games for 8K resolution. Sony and Microsoft built these consoles with 8K support to plan for the future.

In the current generation of consoles, the PlayStation 4 from Sony has far surpassed the Xbox One. Both were launched in 2013 and since then, PS4 consoles have sold 109 million units in early 2020. Although Xbox One sales were not announced, it has sold an estimated 49 million units, according to Ampere Analysis. Nintendo, which releases consoles on its own schedule and whose Switch console is earlier in its product lifecycle, surpassed Xbox One in lifetime sales, selling 53 million units by early 2020, though it came out four years later.
Much of it boils down to the content. Sony and Nintendo have compelling games that can only be played on their own consoles and are adding fans of this franchise to their ecosystems. Some Nintendo franchises like Super Mario and Pokemon rarely make their way to other platforms and when they do, the games are mobile rather than console versions. Sony is getting fans of every generation going with a new exclusive PlayStation set.

However, many Xbox titles are being released for both Xbox and PlayStation at the same time, so Sony fans don’t have to migrate outside of their preferred ecosystem to play them.

Piers Harding-Rolls, research director for Ampere Analysis Games, predicts Sony will again outbid Microsoft, reaching 67 million consoles sold by the end of 2024, compared to an estimated 44 million for the Series X. His estimates are based on previous sales data and relate to consider Sony and Microsoft strategies.

“Sony is focused on promoting exclusivity for PS5 hardware sales and remains more traditional in its approach,” Harding-Rolls told CNN Business. “Sony wants to expand its audience through PlayStation Now, but is far less aggressive in its approach.” compared to Microsoft with Xbox Game Pass. “

Microsoft is focused on selling games as a service in the hopes that players will purchase a monthly subscription to its Xbox Game Pass, which will provide access to hundreds of games and start at $ 9.99 per month. Microsoft said all new games that were shown Thursday will be available through Game Pass.

It also holds promise that users won’t have to upgrade to the next generation console to play a lot of games, as many games are backward compatible with the previous generation. And if gamers want to be mobile, Project xCloud supports it.

Ronald, the director of Xbox Series X, said the company is “really focused on the player and not trying to force the player to upgrade to a single device or do things exclusive to this or that device.” He added, “I think that’s really what sets us apart from the competition.”

Ronald estimates that around the time Phil Spencer became head of Xbox in 2014, a year after Xbox One was released, Xbox was more focused on the player than the device.

It’s a completely different approach than Sony’s to bring a new round of exclusive products to the market, including the upcoming Spider-Man: Miles Morales exclusive to the PS5.

Xbox has a strong value proposition in offering hundreds of games for one low price per month with its Game Pass subscription – if it can convey that value to its audience.

“Microsoft generally has problems marketing entertainment products. They’re much more convenient for an IT crowd that really cares about those things. Unfortunately, that’s a small part of the console buyer,” said David Cole, an analyst at research firm DFC Intelligence .

Some consumers may just wait and see if the consoles are worth the upgrade. And the impact of the pandemic on many people’s incomes could influence the decision.

“There will be a lot of gamers who are happy to get by on their current consoles until they are forced to upgrade to play the latest version of a popular series,” said Laine Nooney, assistant professor and video game historian at New York University .