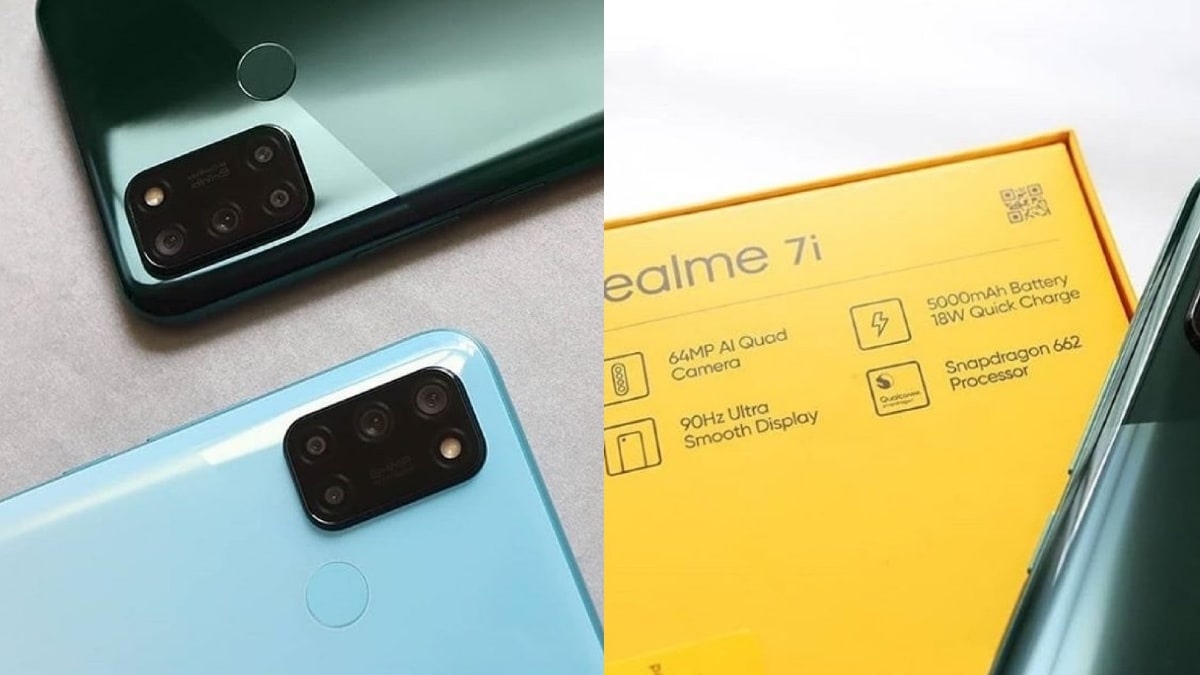 The alleged live images from Realme 7i appeared online the day before the launch. Indonesian reviewers shared pictures from Realme’s new phone on Instagram. The phone will be launched on September 17th in Indonesia along with Realme 7. The most important specs were listed in the photos, including the Snapdragon 662 SoC and the 5,000 mAh battery.

Realme 7i’s images shared by Indonesian reviewers show the upcoming phone in a two-tone design. The top of the Realme 7i appears to be glossy and the rest of the phone is matte. On the back of the phone there is a quad rear camera and fingerprint reader.

Realme Indonesia recently confirmed Realme 7i’s camera specifications. It will have a quad rear camera setup with a 64 megapixel camera as the primary shooter.

One of the photos of Realme 7i shows the Realme 7i sales packaging and the most important technical data on the back. It is in line with the previous leaks that the phone is powered by the Snapdragon 662 SoC and has a 90 Hz screen and a 5,000 mAh battery with an 1

One of the Indonesian reviewers said in his post that the Realme 7i comes with 8GB of RAM and 128GB of onboard storage.

Realme 7i was recently discovered on the Indonesian e-commerce portal Lazada, where the two colors were referred to as champagne and jade. It showed the alleged Realme 7i with a hole cut in the top left corner of the screen. Realme Indonesia also announced that the Realme 7i will be available in Aurora Green and Polar Blue.

Is this the end of the Samsung Galaxy Note series as we know it? We discussed this on Orbital, our weekly technology podcast, which you can subscribe to via Apple Podcasts, Google Podcasts, or RSS, download the episode, or just hit the play button below.

Realme Narzo 20 with three cameras and 6000 mAh battery is available for sale today through Flipkart, Realme.com