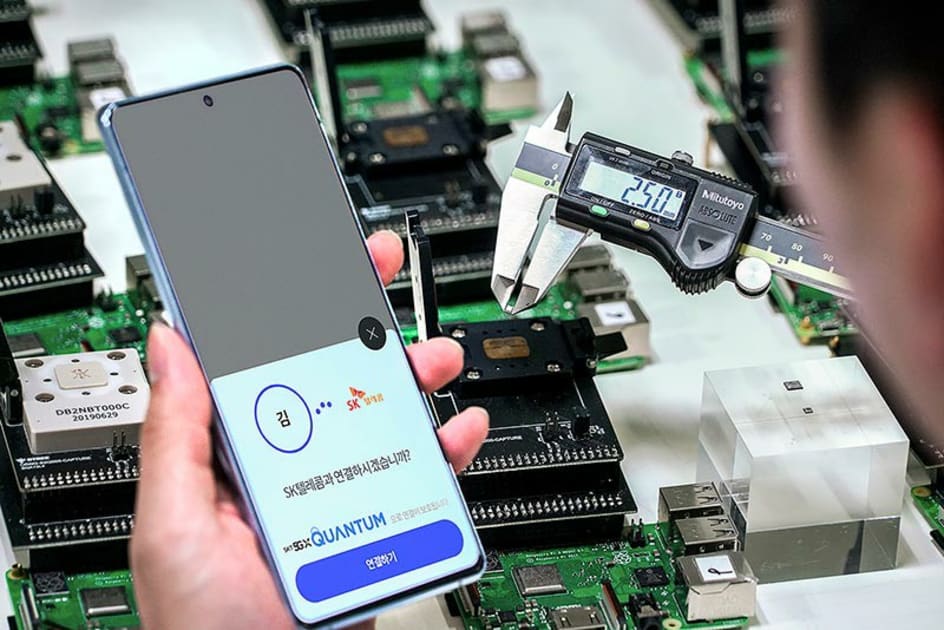 The phone itself has a 6.7-inch Super AMOLED Infinity-O display with Full HD resolution and a built-in fingerprint reader. A rear quad camera setup includes a 64-megapixel main camera, a 12-megapixel ultra-wide-angle camera, a five-megapixel macro camera, and a five-megapixel depth sensor. There is a 32 megapixel camera on the front.

The entire device is powered by an Exynos 980 processor, runs on Android 10 with One UI 2.0 and has 8 GB RAM and 128 GB storage. In addition, it offers a variety of connectivity functions, including WiFi, GPS, 5G, LTE, Bluetooth 5.0, NFC, a USB-C port, a microSD card and the important 3.5 mm headphone jack. While its unique selling point is certainly the QRNG chipset, the device itself is a decent all-round powerhouse. It will be available in black, blue, and silver and will be available in Korea for KRW 649,000 (approximately $ 530) starting May 22.

This is not the first time that Samsung and SK Telecom have made a world first. Already in September last year, the two announced that they would join forces to develop the first 8K television with 5G speed. Samsung has continued its quantum crusade in a variety of other applications since then, although this is the first time we̵

7;ve applied it to smartphone technology. It will certainly not be the last.

How to Buy the Best Amazon Backpack for School: Our Top Tips