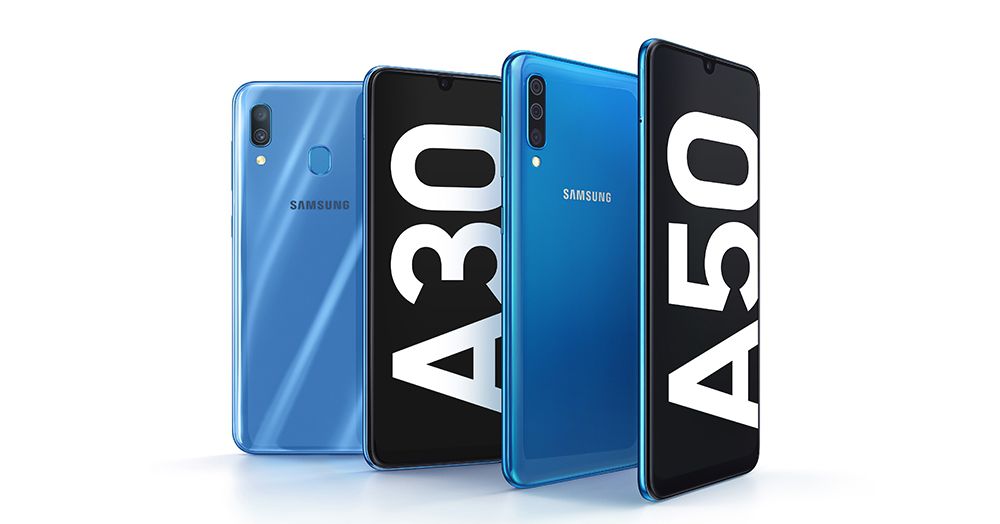 Samsung has announced two new mid-range Galaxy A Series phones, the A30 and the A50. The phones were spotted for the first time on the Samsung India website, and it appears that press events in Mumbai, Hyderabad and Kolkata are being invited on February 28th. It is a push by Samsung against losing its market share in India to Chinese manufacturers like Xiaomi, whose cheaper mobile phones with competitive features are becoming increasingly popular in the country.

Cameras are the focus of both the A30 and the A50. The A50 has three rear-facing cameras: a 25 megapixel main camera, an 8-megapixel ultra-wide lens (which intelligently recommends the phone for shooting conditions), and a 5-megapixel depth sensor. The front also has a 25 megapixel camera with a special selfie focus for blurring backgrounds. On the back of the A30 are two cameras ̵

Both phones have a fingerprint sensor while the A50 is displayed on the screen. The A30 is on the back. Samsung's announcement mentions that facial recognition can also unlock the A30, but it's unquestionable that the A50 does.

Samsung says the phones are made of "3D GlassStic", a glass and plastic port manteau, and they feature a 6.4-inch Inch Super AMOLED Infinity U-Display. Infinity-U is Samsung's term for its notch design, which is almost identical to the small semi-oval notch design of the Essential Phone.

Samsung and Xiaomi have a dominant position in India, which together make up about 60 percent of the country's mobile market. The presence of both companies has increased in India in the past year. Especially Xiaomi rose from 18 percent of the market share to 30. At the time, Canalys analyst TuanAnh Nguyen said in a statement that Samsung's focus on Xiaomi: "It has introduced devices that are aimed directly at Xiaomi's portfolio, and focuses on its cameras and imaging capabilities."

Pricing and availability have not been released for either the Galaxy A30 or the A50.