Samsung explains Galaxy Buds + and its functions for multiple devices 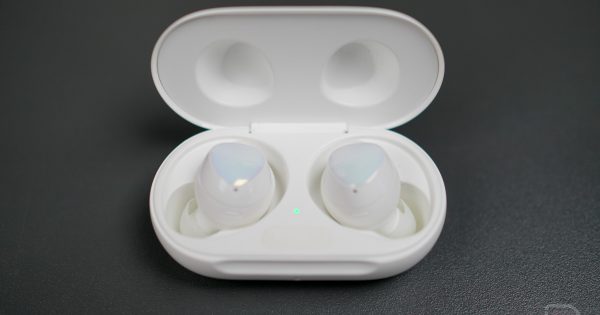 When the leaks appeared for Samsung's new Galaxy Buds + for the first time, we were happy to have a specification list that mentioned a “connection to multiple devices”. Since this mention came through a leak, it was of course not an official feature and we were waiting for it to be revealed to see if it did the cut.

50. Tim has a couple he's been testing for about a week. You may be wondering: Do you have the hoped-for connectivity for multiple devices? Umm, somehow.

On reddit, some people noticed that Samsung edited the Galaxy Buds + product page to remove a line that reads, "Multi-point connection is available on devices with Bluetooth 5.0". Since no one seemed able to pair multiple devices at the same time (Tim tried a Macbook Pro and his Galaxy Z flip and failed), some assumed that Samsung was tracing the function.

We looked at this Galaxy Buds + product page and found that it still contains a section called "Switch Seamlessly" where Samsung describes how Bud + "intuitively switches between two paired devices at the same time," along with one Example of "So, you won't miss a call on your phone while using your tablet." If anything, Samsung still admits the feature is there, but removing the note at the bottom of the page confused us all, especially since we couldn't get this function to work.

Since this was one of the supposed improvements to the Buds + that we were most looking forward to and shared with you several times, we asked Samsung if they were could clarify. You did it, though I'm not sure you will all love it.

Here is what they gave us:

“Galaxy Buds + offers users a convenient way to switch between devices that are signed in to the same Samsung account with the SmartThings app installed. This function can be accessed in the media area (by selecting Galaxy Buds +) and is only available on Samsung mobile devices with Android 7.1.1 or higher. “

So the Galaxy Buds + can do a kind of smart switch for multiple devices. However, you can only do this step with two Samsung devices and the SmartThings app installed on both. As far as we can tell, SmartThings will then try to take the lead and allow you to tap the media field to move the Buds + connection between the two devices (Tim was able to do this with Note 10 and Z Flip ). For other non-Samsung phones, the only way is to turn off Bluetooth from the currently connected devices and reconnect to the second device.

This is poor support for multiple devices.

The greatest coronavirus myths, blown up