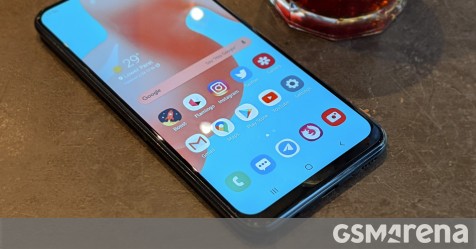 Samsung has released One UI updates for most of its flagships, but the midranger and affordable devices in the Galaxy M line also come as a surprise. Samsung Galaxy M31 and Samsung Galaxy M01 users should already receive a notification of an incoming update that includes some new features and the latest security patch.

Screenshot of a Samsung Galaxy M01s

The One UI 2.1 lacks some of the features found on the Galaxy S phones, but it still offers digital wellbeing, device care, and parental controls. There are also the new navigation gestures, icons, colors and the update also brings an update to the night mode feature, which is now called Dark Mode.

The firmware version of the package for the Galaxy M31

and Galaxy M01 is M315FXXU2ATI4 and M017FXXU1BTI5. If the automatic update is disabled, you can find the new software under Settings – Software Update. Then start updating the user interface.

The Mi 10T series starts today: This is how you see the live stream, expected price and technical data