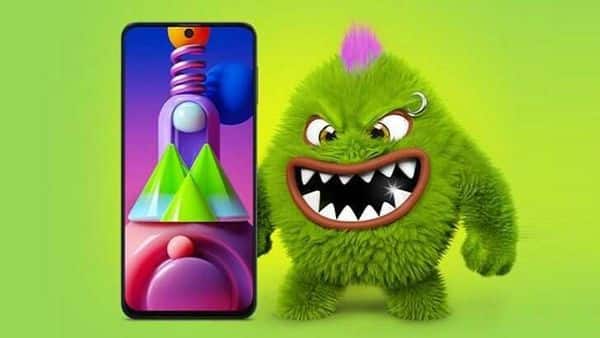 The new Samsung Galaxy M51 will be available in two versions. The South Korean company offered the new smartphone at a price £24,999 for the variant with 6 GB RAM and 1

Processor: The Galaxy M51 has a Qualcomm Snapdragon 730G Octa-Core CPU. The chipset is clocked at 2.2 GHz. According to Samsung, this chipset makes the new Galaxy M51 the most powerful smartphone in the M series. The Qualcomm Adreno 618 GPU on Snapdragon 730G offers 15% faster graphics rendering than the Snapdragon 730.

Camera: The Galaxy M51 has a quad camera setup with a 64-megapixel main Sony IMX 682 sensor. The Galaxy M51’s 12MP ultra-wide lens has a 123-degree field of view. The phone also has a 5 megapixel macro lens. The fourth lens is a 5MP depth sensor for portraits.

On the front, Samsung has provided a 32-megapixel camera that also supports 4K video recording and slow-motion selfies.

Display: The Galaxy M51 has a 6.7-inch SAMOLED Plus Infinity-O display with a hole for the 32-megapixel lens. According to Samsung, the sAMOLED Plus display of the Galaxy M51 is up to 13% thinner and weighs up to 12% less than conventional sAMOLED panels.

Battery: One of the phone’s biggest USPs is the battery. The Galaxy M51’s 7000 mAh battery comes with a 25W Type C fast charger. Samsung claims the charger can charge the device in less than 2 hours. The Galaxy M51 also has reverse charging and comes with a Type C to Type C cable.

Xbox Game Pass has over 15 million users, up 5 million since April