Seth Meyers beats up Trump for deliberately downplaying the coronavirus 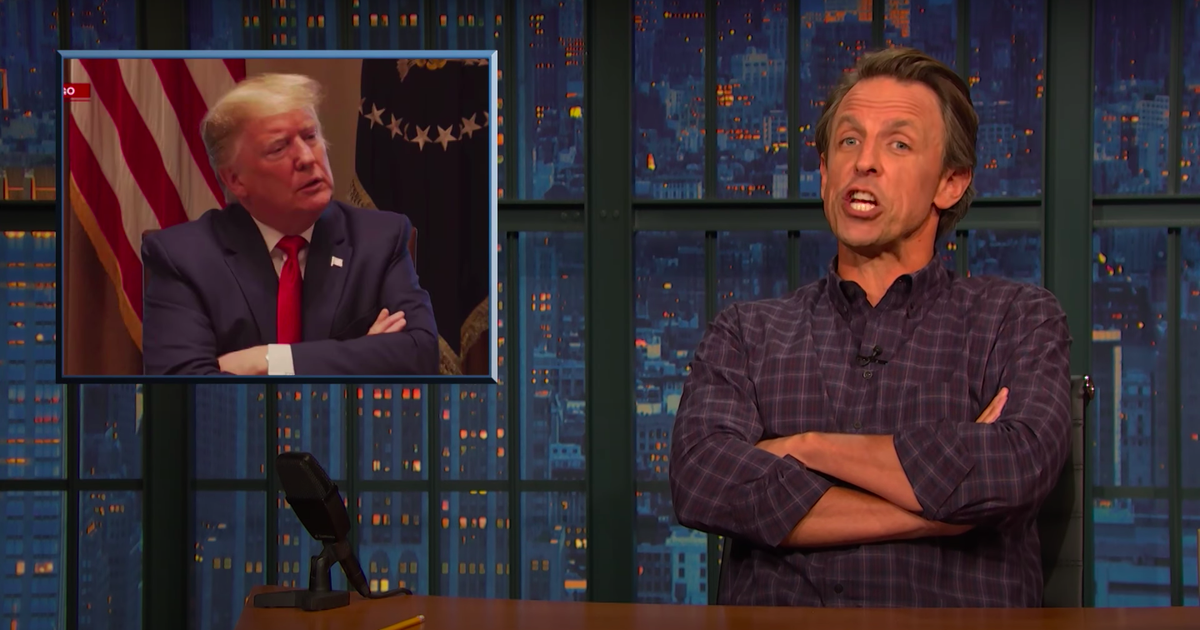 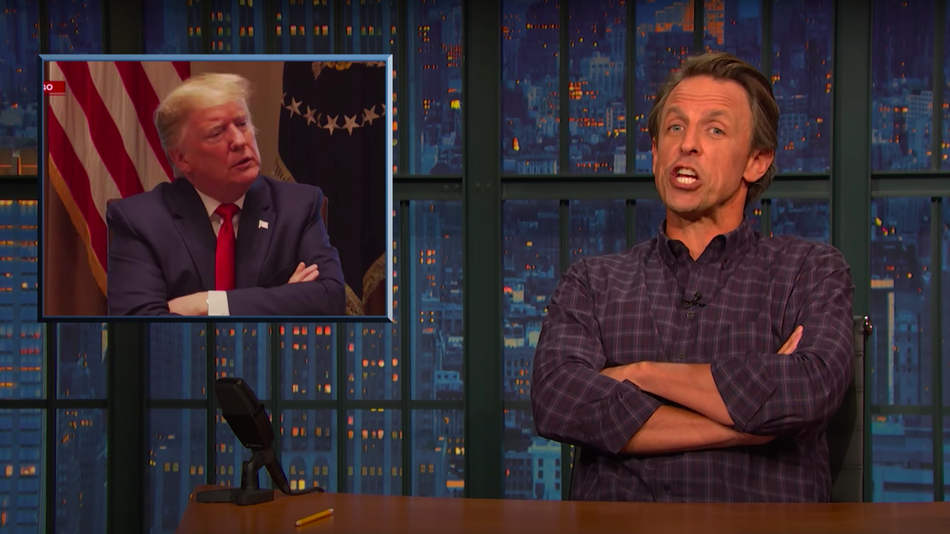 For months, President Donald Trump assured Americans that the coronavirus would “miraculously” go away, especially as the weather warmed up in April. Now audio has surfaced of him admitting that he knew how serious the pandemic was and that it was more deadly than the flu, but made a conscious decision to downplay it.

“The question with Trump is always: is he being deceived or is he lying?”

; said Late night Host Seth Meyers on Thursday. “Obviously, the answer is often both, but in this particular case it turned out that Trump wasn’t just denying it. He knew the truth about the coronavirus and lied about it.”

Speaking to journalist Bob Woodward on the footage, Trump claimed he wanted to minimize the pandemic because he didn’t want people to panic.

“Well, congratulations, dude, you did it,” said Meyers. “Aside from one century of economic crash that threatens the health and livelihoods of millions of people, not to mention queues in grocery banks and fights in supermarket aisles over toilet paper, everyone is super cold. If you will excuse me now, I have to mean Wash the face mask and put my mail in the microwave. “

Meyers also targeted Fox News for repeating Trump’s claim that he was trying to keep people calm. Given the President’s previous conduct, the Late night The host found this explanation rather unconvincing.

“Oh yes, totally, Trump is the image of calm and balance,” Meyers said sarcastically. “He’s spent the past four years claiming caravans of migrants would come to kill everyone and planes full of mysterious black-clad thugs flew across the country to burn down cities. He’s the human embodiment of the scream of ‘fire ‘In a crowded theater Of course you can panic these days if you shout’ crowded theater ‘. “

Mix delicious protein shakes with a 2-pack of shaker bottles