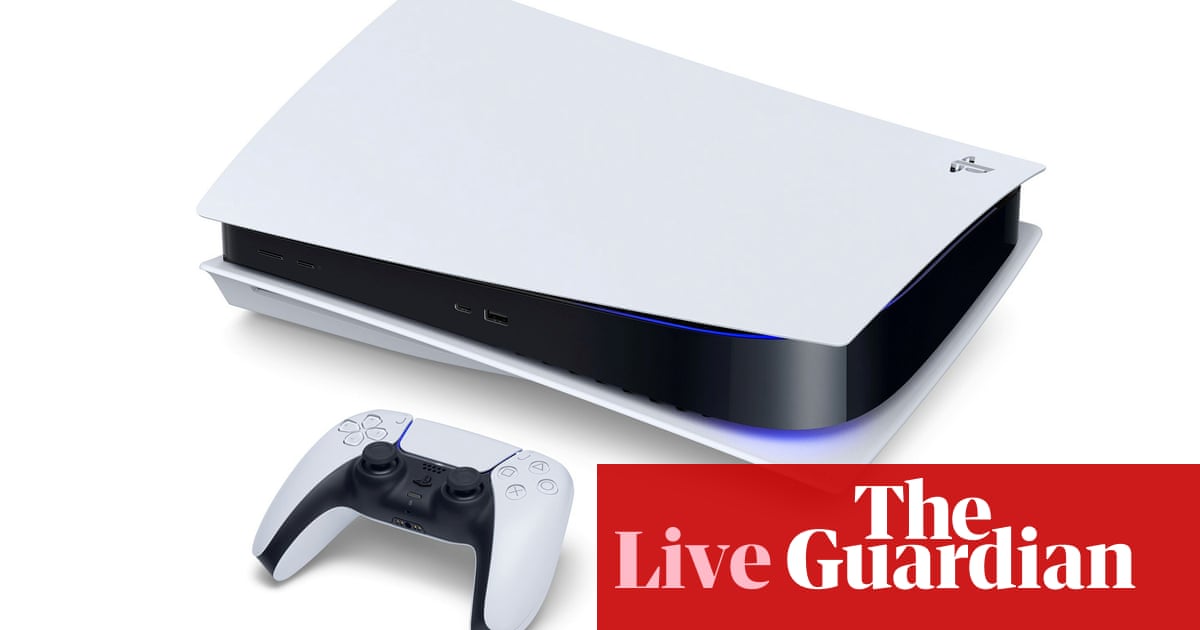 Here’s everything that just happened (you can scroll down to see all of the trailers and footage):

-The PlayStation 5 is out November 12th in the USA, Japan, Canada, Mexico, Australia, New Zealand and South Korea

-For the rest of us in the UK and Europe, it will be outside November 19th

-Hogwarts Legacy, a Harry Potter universe game from Warner Bros, has been announced for 2021

– A new God of War game was briefly teased

And that’s it. Scroll down one more time to see all of the trailers for the games shown tonight.

One final quick reveal before we go: it’s a teaser for a new god of war, basically a logo and that’s it. Ragnarok is coming, we are informed – 2021. Not much, but something to look forward to.

November 12th is the release date in some countries around the world and November 19th for some areas.

Sony is now introducing the PlayStation Plus collection – a benefit for Plus subscribers. We see a selection of the greatest PS4 hits – Monster Hunter World, God of War, Infamous Second Son, Batman Arkham Knight, The Last Guardian, The Last of Us Remastered, Persona 5, Bloodborne, Uncharted 5, and many more. When you buy a PS5, you get access to all of them for download on day one. Not bad.

Demon’s Souls here look just as beautiful as they do in my memory. Can we briefly talk about how extraordinary this game really was – so mysterious, so gothic, so exciting. I will never forget the feeling of seeing those glowing blue eyes at the end of a corridor for about ten seconds before I was absolutely shut down for the first time by a blue eyed knight. The demo appropriately ends ten seconds after a boss fight.

Why am I seeing five nights at Freddy’s game in a PlayStation 5 showcase in 2020? That was unexpected. Five Nights at Freddy’s: Security breach is significantly less lo-fi than the iconic horror playground sensations from a few years ago.

Another quick look at Oddworld Soulstorm, an unlikely addition to the troubling line of platformer defying expectations.

The ultimate emo demon killing series Devil May Cry 5 from the early 00’s is getting a PS5 re-release in special edition. This soundtrack. CHUG CHUG CHUG CHUG KILLS ALL DEMONS CHUG CHUG * solo *

This will be available digitally at launch.

Arcane stylish shooter Deathloop shows two assassins with supernatural powers who are trapped in an endless time loop. I would describe its aesthetic as’ 70s James Bond but in the future, or blaxploitation but sci-fi.

Chris Redfield is in Resident Evil 8 (aka Village). It honestly looks hideous and terrifying, with a small town setting (think Resident Evil 4) that is sure to excite horror fans.

Call of Duty Black Ops: The Cold War is similar to a Call of Duty game in the next short demo. We scan an airfield through binoculars looking for a murder target before witnessing a murder filled with slow motion sniper projectiles and a detonating RC car. The multiplayer alpha is exclusive to PlayStation.

Avalanche’s long rumored Harry Potter game by Warner Bros is the next announcement: We can FINALLY play as a Hogwarts student (AMAZING) during the Fantastic Beast period (lame) at the end of the 19th century. You can even do what appears to be an open world exploration from within Hogwarts. I’m going full Millennial now and hopping around on the sofa: At 32 I can finally go to Hogwarts. It will be in 2021.

An expanded look at Spider-Man: Miles Morales, the events of which increase a year after the events of the last game. The villain is a gender tinkerer (dead alarm clock for Mass Effects Tali imo), set in Harlem and there is a new line of high tech enemies. The demo takes us through a pretty spectacular rescue on a blown-apart bridge.

Final Fantasy XVI is an exclusive PlayStation 5! JRPG Game of Thrones vibes from Square-Enix’s latest fantasy series. It has epic monsters in a medieval setting, the plot seems to involve crystals, and the battle looks a bit like Devil May Cry. Here is the reveal trailer:

Of course, since June, Microsoft has announced a lot more information about its competing console (s), the Xbox Series S and Xbox Series X. All of Twitter has been arguing about whether or not marketing is confusing – which to me is a pretty good indication that it’s confusing – but here’s the basic info:

-The Xbox Series S is an entry-level version of the new Xbox that costs 249 euros. It has no drive and cannot play games in 4K.

It’s a super aggressive price from Microsoft – and along with the Xbox Game Pass, which gives you access to every new game from the Microsoft studios, every new EA game, and hundreds more for just over $ 10 a month, it really has it attracted some glances. Xbox even offers interest-free payment plans that let you step into the next generation of consoles for $ 20.99 per month. It’s very attractive and in real terms cheaper than a state-of-the-art game console ever before.

Let’s briefly recap some of the games we’ve seen so far on this futuristic-looking black and white monolith of a console:

-Gran Turismo 7 with the most beautiful cars in the world

-Sackboy: A great adventure, a friendly platformer with the LittleBigPlanet mascot

-Hitman 3, the puzzle game disguised as a murder game

-Bugsnax, the favorite on the internet, a game that has so far eluded any explanation

– And who could forget Stray, the cyberpunk game about cats?

Welcome to the Guardian’s PlayStation 5 Showcase Live Blog! I’m Keza MacDonald, video game editor, here to analyze and analyze what Sony is showing tonight. That will surely be a date and price for the new console, but we’re watching a 40 minute livestream here so it definitely won’t be all. A couple of new games will likely be around, and we’ll likely see more of the games announced at the Showcase in June.

Ranking EVERY PS5 launch game from worst to best