SpaceX starts its 13th Starlink mission. What does the company plan to achieve? 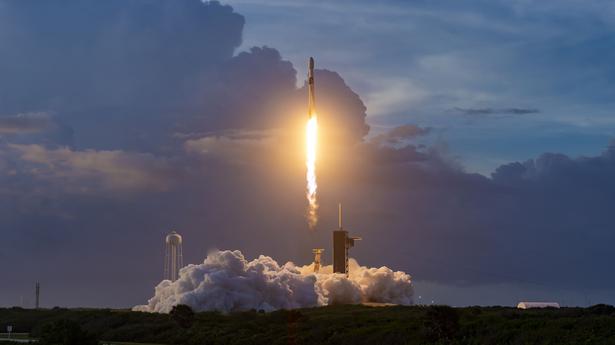 The final Starlink mission carried 60 satellites aboard the Falcon 9 rocket, and over 700 satellites will already be in orbit. The Starlink satellites were deployed about an hour after launch.

Last week, the aerospace company SpaceX, founded by Elon Musk, successfully launched its 13th Starlink mission after the mission was canceled four times due to bad weather. The final Starlink mission carried 60 satellites aboard the Falcon 9 rocket, and over 700 satellites will already be in orbit. The Starlink satellites were deployed about an hour after launch, SpaceX said.

Starlink is a network of satellites that provide the Internet. Each satellite is compactly designed, weighing approximately 260 kg, and is equipped with four-phase array antennas, a single solar array, an ion propulsion system, navigation sensors and a dirt tracking system.

The satellite network is located 550 km above the earth̵

7;s surface in near-earth orbit (LEO), unlike traditional internet satellites, which are much higher up and over 35,000 km away.

SpaceX’s first Starlink mission was launched on May 24, 2019 with 60 satellites. The company has requested approval to launch 12,000 Starlink satellites and the US Federal Communications Commission (FCC) to clear an additional 30,000 satellites.

How does it work?

When an Internet signal is sent from Earth, one of the Starlink satellites receives it and then communicates with other satellites on the network. As soon as the signal reaches the best located satellite, it is passed on to a ground receiver.

With the phased array antennas, satellites can transmit large amounts of data in a short time. The built-in navigation sensors provide the satellites with altitude information for precise Internet data transmission.

As the Starlink satellites orbiting in LEO, they are much closer to the ground receivers, which significantly reduces latency during the data transmission process.

On the other hand, a greater number of satellites is required to have extensive coverage as they are positioned much closer to the earth and can only cover a limited area.

The ion thrusters help the satellites move into orbit, maneuver in space and, at the end of their lives, leave orbit. The inputs to the debris tracking system help them perform maneuvers to avoid collisions with space debris and other spacecraft.

How will it be useful?

The network of LEO satellites will provide high-speed, low-latency Internet in remote areas where connectivity is limited or not available, including on planes and ships.

People who live in areas where traditional internet is inaccessible can benefit most from Starlink internet service, depending on availability.

After launching the final mission, Musk tweeted, “Once these satellites are in their target position, we can launch a fairly broad public beta in the northern US and hopefully southern Canada. Other countries will follow as soon as we receive regulatory approval. ”

Companies such as Amazon, Telesat and OneWeb are also considering operating a LEO-based Internet service. The Kuiper Amazon project has been approved by the FCC with a constellation of 3,236 satellites in the LEO.