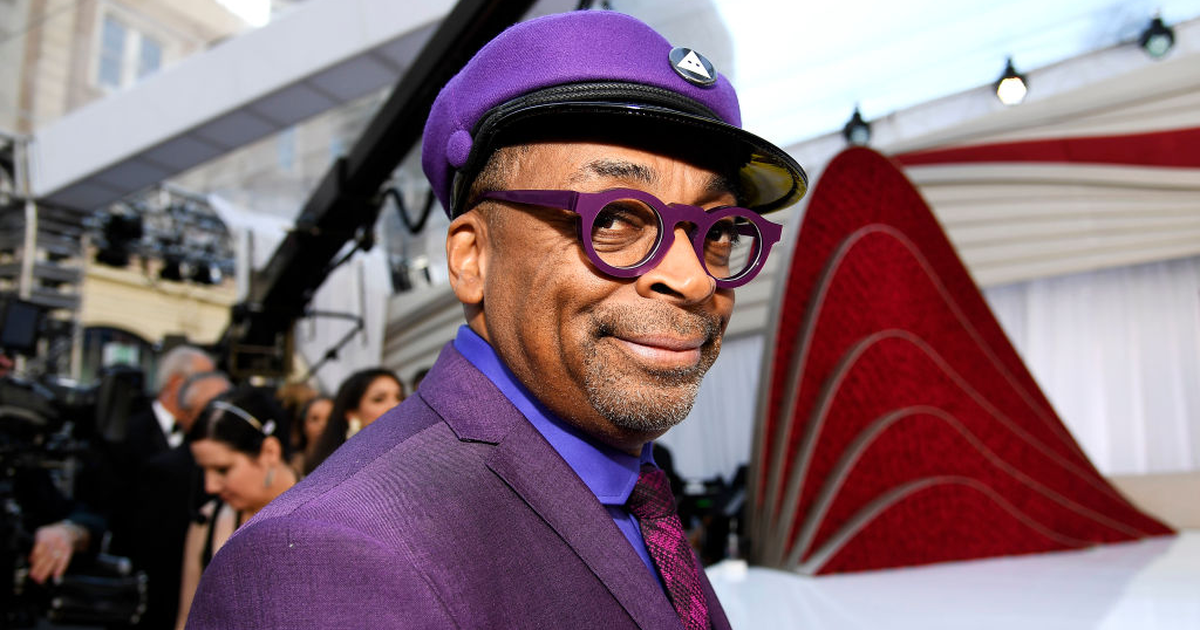 The BlacKkKlansman director is said to have gotten up during the Oscars ceremony on Sunday and waved when Julia Roberts announced Green Book as the winner of the Grand Prix of the Night.

According to the Associated Press:

Lee, whose "Do the Right Thing" came out in the same year, in which "Driving Miss Daisy" won the best picture, was most visibly annoyed at the "Green Book" award. After the announcer Julia Roberts had announced it, Lee got up, waving his hands in disgust and started running up and down.

Lee reportedly tried to leave, but was stopped and eventually returned to his seat.

Spike Lee was visibly angry when "Green Book" won the Best Picture at the Oscars. He waved his arms in disgust and seemed to be trying to storm out of the Dolby Theater before he was stopped at the door. After the speeches he returned to his seat.

The winner of the Oscars' highest prize was widely criticized for his over-simplistic treatment of racial issues, which critics described as "profoundly funny and evasive." Crash

In a press conference following the awards, Lee was shy of what he really felt about the decision to crown the Green Book and decided to illuminate the situation.

"This is my sixth glass – and you know why," he joked.

Lee was then asked if his Best Adapted Screenplay win this year could make up for the fact that his legendary film Do The Right Thing won no Oscar in 1990. He joked about the bonus Driving Miss Daisy – a movie about a black chauffeur, played by Morgan Freeman, plays, and his relationship with a wealthy, white South lady he drives won in the.

"I'm a snakebite, every time someone drives someone, I lose," he said. "But they changed the seating order."

When he was finally asked how he rated himself Green Book as the best picture, Lee loudly replied, "Next question!" The director was then asked about his reaction when the prize was announced.

"I thought I was in court [Madison Square] in court, the referee made a bad name," he said.

Later, Lee said without consideration whether BlacKkKlansman won the best picture or not, the film would "outlast time and stand on the right side of the story".

The controversy surrounding the Green Book is a producer Jim Burke admitted to be "daunting". He told a press conference after the awards ceremony that he was still in the movie.