Super Mario 3D All Stars Rating: “A Celebration of Some of Mario’s Greatest Achievements” 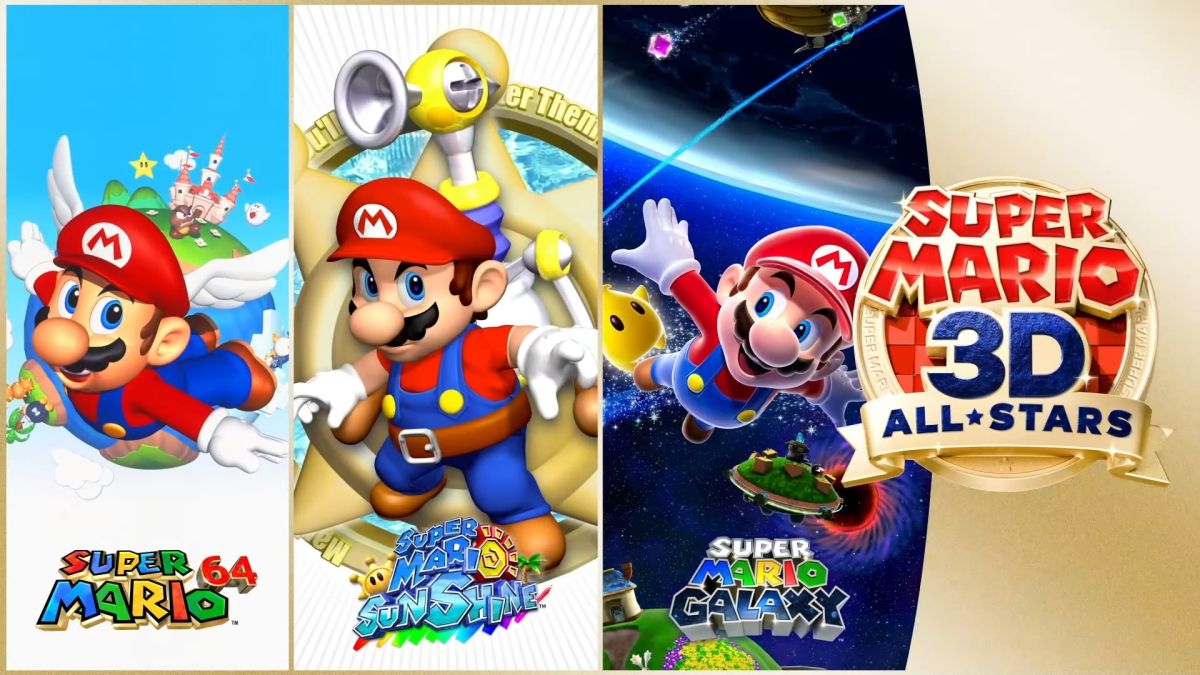 I wasn’t sure if it was possible to wrap childhood nostalgia, put it in a plastic bag and sell it for around £ 50, but somehow Nintendo did it again. Super Mario 3D All-Stars is the latest surprise release from Nintendo, released just over two weeks before Mario’s 35th birthday. It’s also a celebration of our favorite dungarees former plumber hero wrapping some of his greatest 3D adventures in one package for the Nintendo Switch.

For your buck, you get: Super Mario 64, originally released on the N64 in 1996; Super Mario Sunshine, released for the GameCube in 2002; and Super Mario Galaxy, which appeared on the Wii in 2007. Lots of fans brought up the missing Super Mario Galaxy 2 when the bundle was announced, and I’m not going to lie that it feels like a missing part on sale.

Check out our test video below:

What you have here, however, is a pure piece of gaming nostalgia. These aren’t remasters or remakes, but re-releases in a glorious, celebratory bundle, all of which have been slightly modernized for the Switch. Many of us consider this a way to revisit the 3D Mario games of our youth. As someone who has never owned an N64 or GameCube before and had to beg to play Super Mario 64 and Sunshine on their friends’ consoles here and there for the last few hours, this is a delight. But it’s also a great way for players who missed the original releases to understand why everyone is always talking about this trilogy of games that is so important in Mario’s story.

All three games have been updated at higher resolutions than their original versions, so they won’t look surprisingly retro on your Switch. The edges have been smoothed and the entire gameplay has been improved with improved frame rates. What you end up with are the games that look and play the way you remember them, rather than how they actually were, which is a very nice feeling indeed. What kind of pink nostalgia pair can that be?

Of course, the control mapping has also been optimized for each game, which means that each game requires a bit of relearning compared to the originals. As the oldest of the trio, Super Mario 64 needs the most wrestling when it comes to the new control scheme. Oddly enough, it plays best when Joy-Cons is in use – either in handheld mode or otherwise. I found it next to impossible to play with a Pro Pad in TV mode because the Pro Controller’s joysticks are over-sensitive. The game pretty much focuses on Mario’s ability to walk at different speeds so you don’t quite have the finesse of movement with the Pro Pad, while controlling Mario with the Joy-Cons is much more enjoyable. Otherwise, it’s a pleasure to marvel at the ’90s glam in a small box in the center of your Switch screen.

Super Mario Sunshine accepts the changes in the control scheme and assigns the two-stage trigger controls of the GameCube for the FLUDD to the two right shoulder buttons. It’s a treat, and makes Sunshine a surprisingly natural fit for the Switch – even when you’re playing with the Pro Pad. When I hear the joyful traces emanating from my switch, I will never put a smile on my face.

Super Mario Galaxy has seen a much bigger control overhaul since its Wii debut. Motion control is still there when you use Joy-Cons in TV or tabletop mode with two functions. However, you can also use the touch screen to collect or interact with stars when using a handheld. It works great for tastefully restoring the Wii experience on Switch. For those who aren’t in love with motion controls, however, I have bad news. While this is not an issue in Handheld mode or on the Switch Lite, turning it off is not an option if you do not want to use motion controls in TV mode. This means that when I play with the Pro Pad, I always have the little star on my screen, which is definitely not particularly annoying. It’s worth noting, however, that the motion controls work so well that I quickly switched back to the duo of Joy-Cons.

But it’s not just about the games. Super Mario 3D All Stars gives you that too Complete Soundtracks for all three tracks that you can play right from the beautiful title screen. Serious nostalgia for the ears, and yes, I’ve heard all 81 tracks on the Super Mario Galaxy soundtrack at least six times in the past week. It’s especially nice that there is a music player mode that you can activate by pressing the minus button. It turns off the screen and just lets you immerse yourself in the music, effectively turning your switch into something of a retro MP4 player.

It’s debatable if you’d call it an added bonus, but it’s also worth noting that this is a limited release project. If you want to get your hands on Super Mario 3D All Stars, you have to be quick. There are limited physical copies of the game and the digital version will no longer be available after March 31, 2021. This is certainly an interesting decision by Nintendo, especially since it is such a great bundle.

All in all, Super Mario 3D All Stars is a celebration of some of Mario’s greatest achievements that will delight fans of the titles old and new alike.

Review the code provided by the publisher.

Charity fundraiser, 57, died after losing control of his e-scooter on a steep hill

You can now lean into Crysis Remastered

Escape from home? Employees feel the heat as bosses speed up remote monitoring of world news