Surface Go 2 test: The tiny PC from Microsoft is only a little bit better 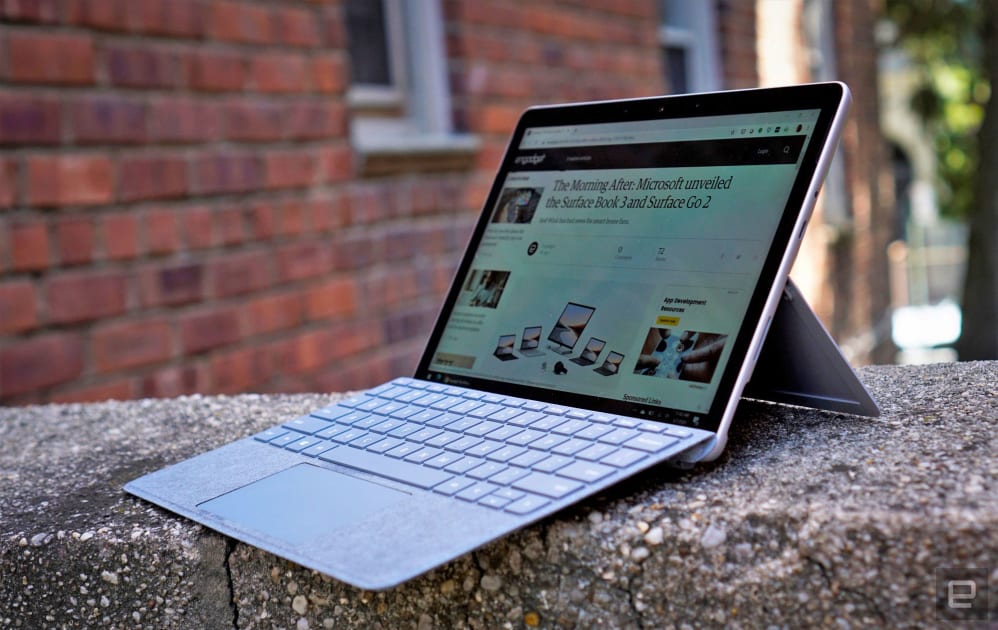 As a tablet, the Surface Go 2 felt as nimble as before. It’s easy to hold and great for surfing the web or for occasional comics. But I’m amazed that Windows 10 is still a wasteland when it comes to high quality tablet apps. It’s 2020! Microsoft has had two years since the last go and watched for many years how the iPad became a formidable threat to PCs. Where are the tablet apps? While you could use the Surface Go 2 as a slate, you will definitely be spending most of your time in PC mode (another reason why it should come with the damn keyboard).

Regardless of how you use Surface Go 2, you can expect it to last a reasonable amount of time. The Surface Go 2 lasted 9 hours and 55 minutes during our battery benchmark, where an HD video is looped. While that̵

7;s a respectable number (and comparable to the entry-level iPad), it’s only five minutes longer than the last model. I definitely expected more from an improvement, especially since Microsoft announces longer battery life as the main selling point.

If you’re considering the Surface Go 2, purchase the $ 630 model with the Core m3 processor, 8 GB of RAM, and 128 GB of SSD. This is a decent sweet spot for price and performance – it will also be noticeably faster than any Pentium Gold model. If you chose LTE, you should be ready to spend $ 730.

There are not many among the competitors. Most PC manufacturers did without removable notebooks years ago, which means that Microsoft practically remains in its own category. The strongest alternatives are Apple’s iPad for $ 329 and iPad Air for $ 499. The cheaper model still offers better tablet apps than the most expensive Surface Go 2. The iPad Air is a great option if you want more performance but don’t want to upgrade to Apple’s Pro tablets. Both iPads can also be equipped with keyboard cases such as Logitech’s Combo Touch, so you’re still very productive.

I wanted to love the Surface Go 2. And with the right configuration, it can be a pretty useful little PC. But it’s not the miraculous $ 400 tablet that Microsoft claims. It’s a shame that the company hasn’t done much to improve this entry-level experience in recent years, other than expanding the screen by half an inch. After all, it’s called Go. Microsoft should do more to move forward.