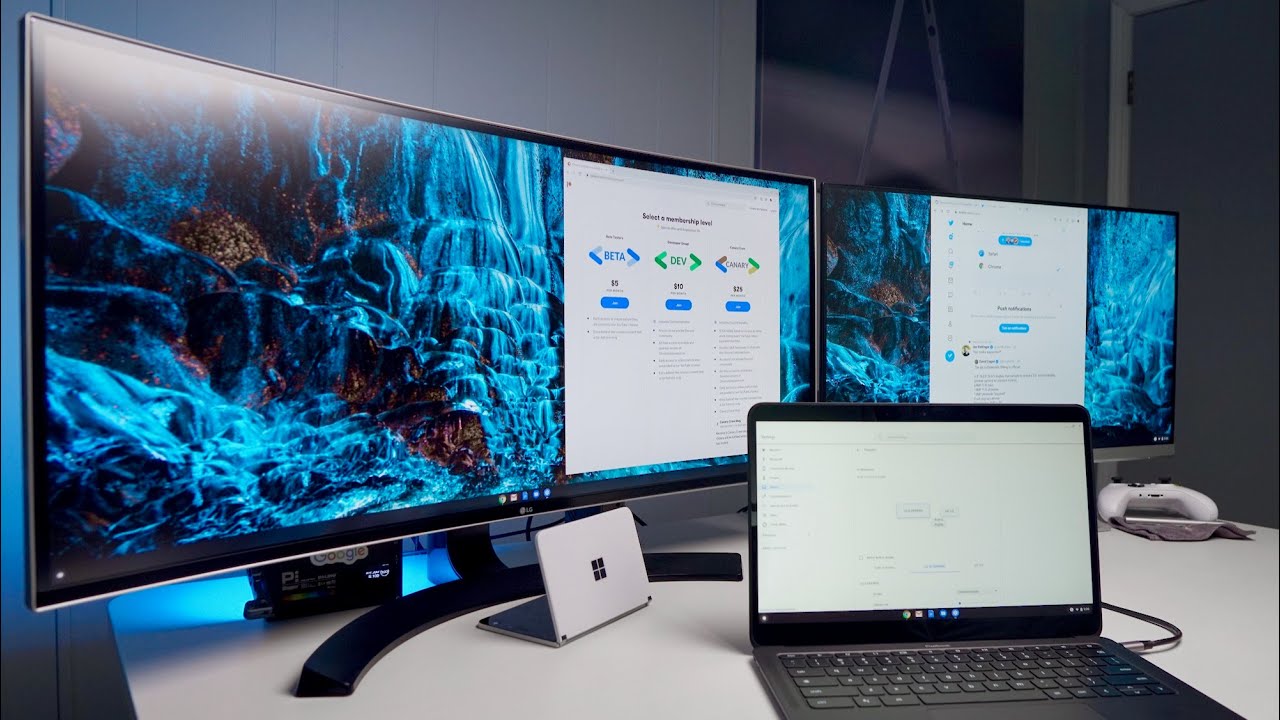 Chromebooks have been handling extended displays quite well for a while. However, the problem for many has been the inability to properly expand your Chromebook to multiple monitors at once. Sure, having a second screen in addition to my Chromebook’s built-in display is very productive and still my way of getting the job done, but in today’s work / school environment, more Chromebook users are looking for even better and more productive setups than they were before.

We started tracking some updates to the advanced display setups on Chromebooks 18 months ago. These changes were about adding MST (Multi-Stream Transport) to Chromebooks to allow daisy chaining with multiple monitors. As it turns out, this addition apparently has side effects too. Currently, you can connect multiple displays to a single USB Type-C port through a powerful dock and get multiple monitors in addition to your Chromebook̵

While we don’t know exactly how long this will be available for most Chromebooks, Our tests have shown that every USB Type-C Chromebook we have in the office can currently stream at least 3 displays at the same time. As always, Chrome OS does it all with minimal effort on the part of the user, simply requiring you plug in a dock with multiple monitors and let the operating system do the rest.

As you can see in the video, we tried this with the Acer Chromebook Spin 713, Pixelbook Go, Acer Chromebook 314, Lenovo C340 and ASUS C223 and passed each one with flying colors. I honestly expected the lower price range devices to either choke on the task or simply refuse to output the 3440 × 1440 + 1920 × 1080 + internal display combination. Instead, they handled all of those pixels very well, allowing full display expansion across all three screens. Color impresses me.

Again, we’re not sure how long this has been possible on various Chromebooks, processors, and Type C ports It’s encouraging that it just works the way it should. We used the Plugable USB C Hub as a reference and it worked perfectly. So the VAVA USB C Dock that we tried was a hit or miss Your mileage may vary depending on the port. I would recommend sticking to branded docks like those from HP, Dell, or Plugable for the best results. If you’ve been looking for a solid multi-monitor setup for work or school, we’re so excited it can be done easily with Chromebooks, and hope this quick review can help some of you get your setup just right . ->

Buy USB-C docks with multiple monitors in the Chrome Shop