The Hostless Oscars ceremony was about funny dunks and sweet moments 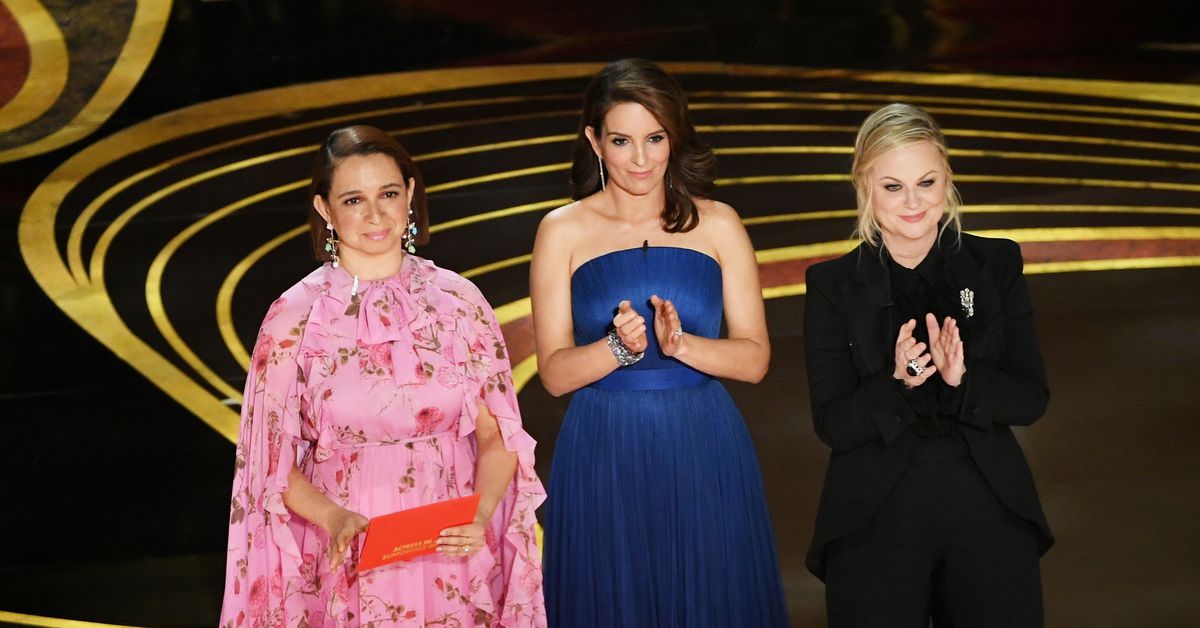 At the 91st Oscars, the producers relied on a number of self-referential dunks to broadcast their first show for 30 years without a moderator – and the result was solidly entertaining.

The show was opened with Queen by former American Idol competitor Adam Lambert, who provided a somewhat clumsy performance that met with a lukewarm response. However, the actual opening took place by the comedians Tina Fey, Amy Poehler and Maya Rudolph, who started the price segment with the award ceremony for Best Supporting Actress. Fey, Poehler and Rudolph – longtime friends and co-workers who have worked together since Saturday Night Live ̵

1; did not hit the elephant in the room.

"We are not your hosts, but we will be standing here a little too long for the people to become USA TODAY tomorrow, thinking we had hosted," joked Fey.

Her routine, which included terrific puns, a quick rendition of Lady Gaga and Bradley Cooper's "Shallow" from A Star Is Born and some dunks about this year's nominees, was enchanting, charming and just the kind the self-confident comedy that needs this year's ceremony to mitigate the clumsiness of the hostless situation.

That kind of self-assured, relatively gentle humor lasted all night. Melissa McCarthy and Brian Tyree Henry appeared in absurd costumes on stage and presented the award "Best Costume Design". Her routine delighted in the legendary, overly serious sincerity of the Oscars while she was having fun with the theme.

These small, host-like moments of various presenters appeared alongside some of the most beautiful moments of recent times. Samuel L. Jackson embraced his longtime friend Spike Lee on stage after he received his first not honorable Oscar for BlackkKlansman . The comedians John Mulaney and Awkwafina built their first experience with the award of awards nervously. Lady Gaga and Bradley Cooper delivered a stunning, intimate performance of the best song-winner "Shallow" from A Star Is Born.

And then every second of Olivia Colman's clearly overwhelmed, enthusiastic acceptance speech after her won the best actress for her portrayal as Queen Anne in The Favorite. The speech started with Colman's reputation as "weird" and ended with her looking at Lady Gaga and "Ah!" Cried.

Today's show indicated that the Oscars do not necessarily need a host after the show Everyone – there is enough talent to wear the show without anyone paving the way with occasional barbs and bumps. The show felt more fleeting than usual – the 190-minute running time was shorter than the previous Oscar programs – and not on a provocative comedian like Ricky Gervais (who hosted the Golden Globes for many years) or on big dance performances or comedy songs about the Oscars performed by actors like Neil Patrick Harris or Seth MacFarlane. The ceremony did not receive any overt political message, as had been done in the past by hosts like Jimmy Kimmel, but the remarkable number of women and actresses among the presenters was a reminder that the academy does not ignore the modern climate. either.

This year there were a few surprises, notably the Green Book which was voted Best Picture in an environment where Netflix's film Roma was the favorite. But the real surprise is how easy it was to forget that the ceremony had no host this year. At the end of the night it was easy to forget that it had never been a host.