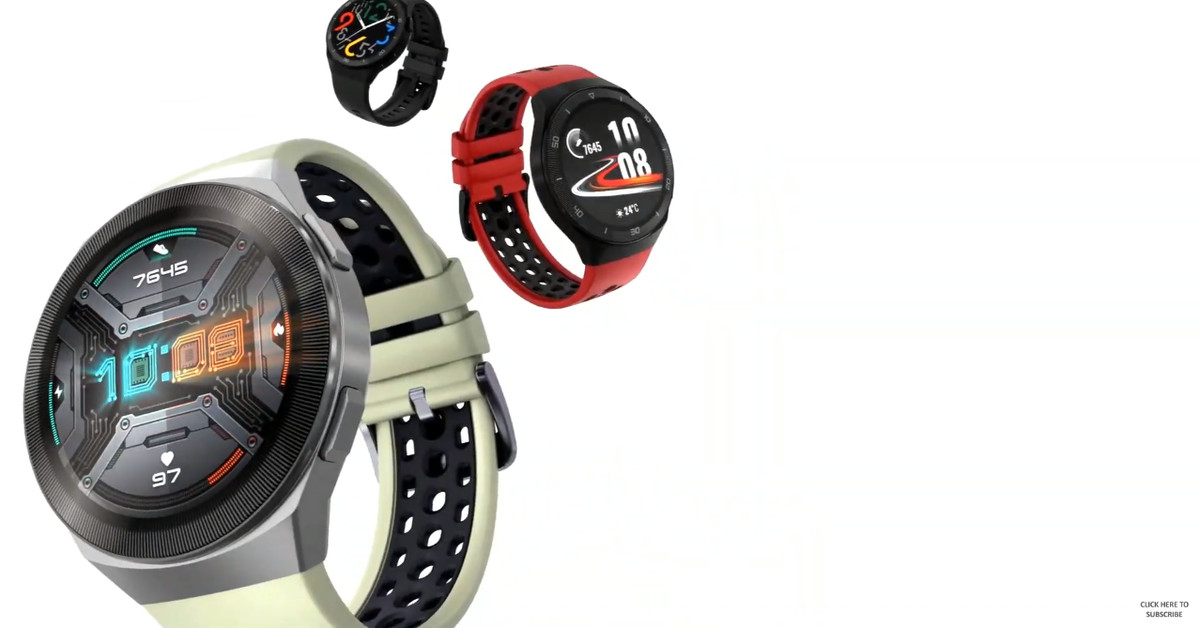 Huawei has announced a new sporty smartwatch in addition to its flagship P40 smartphone series. The Huawei Watch GT 2E includes 100 training modes such as climbing, skateboarding and parkour and, according to Huawei, offers storage space for up to 500 songs. The red and green versions of the device have a design similar to the Nike Editions of Apple's smartwatches, with a rubber strap covered with small holes.

The smartwatch has largely similar specifications to last year's Watch GT 2. It has a 1.39-inch OLED touchscreen with a resolution of 454 x 454, 4 GB memory, uses the company's Kirin A1

chipset and according to Huawei, it should last 14 days on a single charge. What is new for this version of the device is the monitoring of blood oxygen saturation (SpO2) via a special IR sensor. The watch is water resistant up to 50 m, supports GPS and has two physical buttons on the right side of the dial. In addition to red and green, the watch is also available with black and white bracelets, while the dial itself is available in silver or black.

In addition to the new Huawei Watch GT 2E, Huawei has also announced a new gold variant of its existing 42mm GT 2 smartwatch, which retains the same overall design as the previous smartwatch but has a new gold finish on its steel case.

A possible COVID-19 treatment could be ready by September