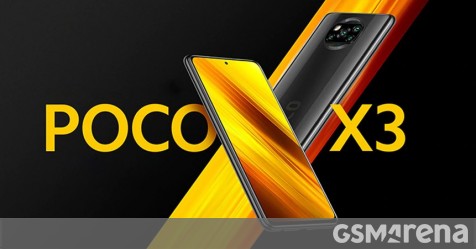 A new, slightly updated version of the Poco X3 NFC has appeared on the Google Play Console and is apparently preparing for launch in India on September 22nd. The code name of the new model is “Karna” and the trade name is particularly missing “NFC” (which does not necessarily mean that the function is omitted).

The console lists the chipset as the Snapdragon 730, although a quick drive to Geekbench reveals that the “Karna” is equivalent to the “Surya” (the code name for the current Poco X3 model). This means that it uses the same Snapdragon 732G chipset which is just an overclocked version of the 730. Therefore, it can easily be misidentified by software detection. 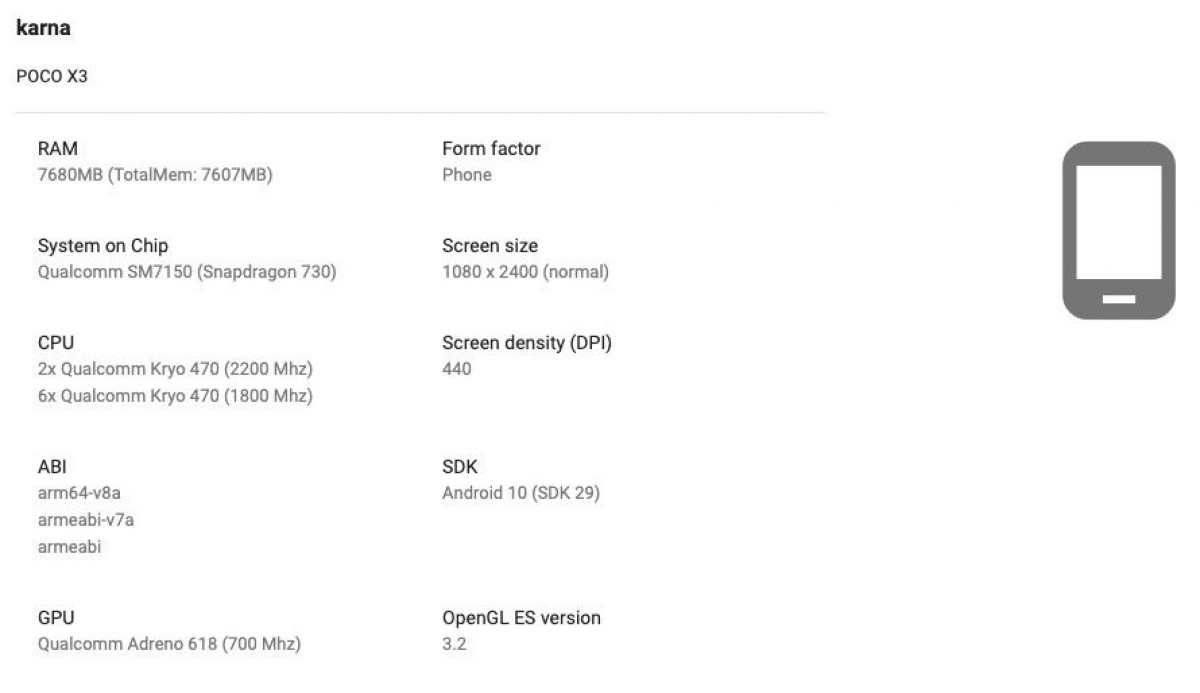 What is interesting here is the RAM capacity – 8 GB. The current X3 is available in two configurations of 6 GB each (the difference is in the memory). Leakster Debayan Roy claims the battery will be a bit bigger than the global phone’s 5,160 mAh power cell.

The rest of the features should stay the same, so you can read our review for more details (note that battery life may change).

Anyway, Roy sets the price for the Indian Poco X3 in the range of 19-20,000 INR. This corresponds to the original price of the predecessor Poco X2 – in fact, it is a bit cheaper, as the X2 comes standard with 6 GB of RAM (optionally with 8 GB). It’s also in line with the global pricing of the X3.

The global Poco X3 NFC was sold on AliExpress (which moved 10,000 units in 30 minutes). The Indian version is likely to be offered by a local retailer, but none have stepped forward yet.