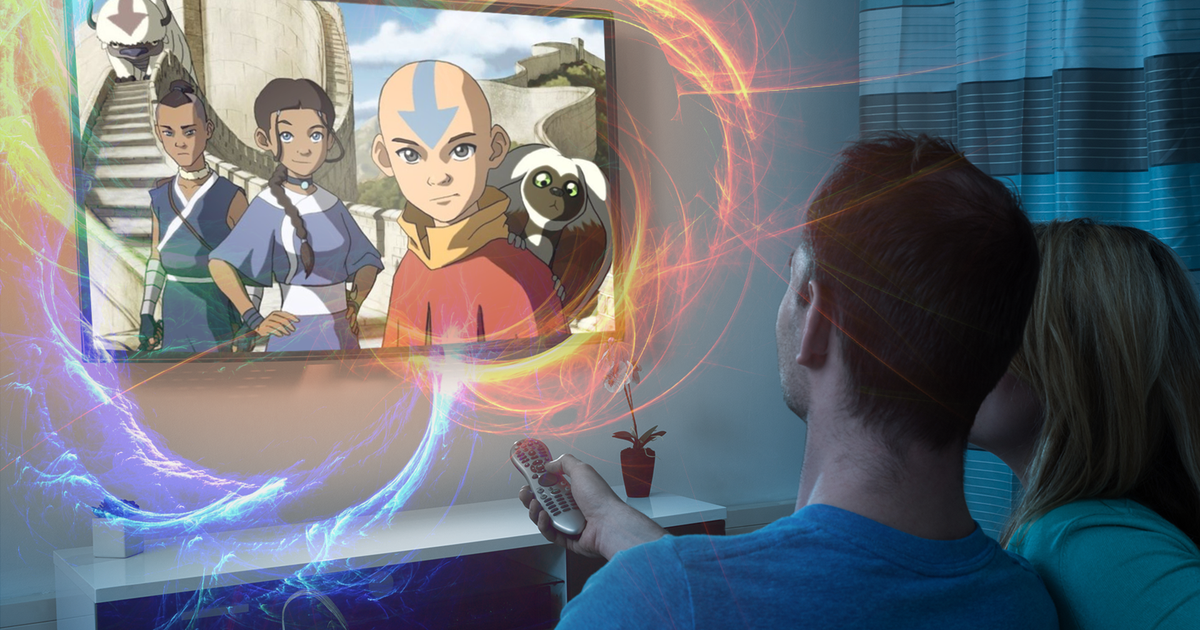 There are two types of people in the world: those you can ride or die for Avatar: The last airbender and those who are wrong.

The great Nickelodeon series is finally back on Netflix after years without a streaming subscription (no doubt a hype for the promised live action series). Before you start with your 872.374. Starting new clock and trying to convince everyone else in your life to watch from the start, we thought it would be fun to revisit some old favorites.

To keep this list fairly fair, we have not included multiple parts of the same episode. (A top 10 list gets boring pretty quickly when half of the competition is “Sozins Komet”

;.) We tried to have a healthy mix of seasons, but it’s hard when season 3 hits so damn hard. And we did not classify them, but stayed in the order.

With that in mind, here are 10 perfect episodes of Avatar: The last airbender binge on Netflix now.

The first half of the first season brings us into the world of A: TLA, but The storm gives us the story we need to invest in that story. It is both an exciting episode in itself and one of the most important for the entire series – a 20-minute microcosm that combines the character arches of Zuko and Aang through flashbacks, unexpectedly humanizes the former and highlights the parallels between the two.

In Aang’s flashbacks we meet Gyatso, who makes it clear where Aang gets his personality from, and their personal connection intensifies the pain of knowing that the entire Air Nation is being brutally wiped out. In Zukos we see a curious, sensitive boy, the exact opposite of the angry fool we know. Recognizing how Zuko got his scar is an early horror in the series, a warning that this “children’s show” (which opens in a post-genocidal authoritarian society) will drive us. At the same time, our first look at Ozai is from a man taller than life and everything Aang fears.

The Aang / Zuko connection deepens in this episode – the first time they face each other alone, without Iroh, Katara or Sokka. Though he’s one of the major antagonists on the show at the time, it’s satisfying to see 16-year-old Zuko maneuver Zhao out, and somehow we know it’s Zuko behind the Blue Spirit before Aang exposes him (and we gasp every time). It is a sign of Aang’s unshakable trust that he is keeping this secret, and there is real fear when he asks Zuko if they can be friends – an offer that Zuko violently refuses and anticipates the reverse situation in which she finds herself across the board. A special thank you to Momo’s dancing show and Sokka and Katara, who are crazy with fever.

The stake could not be higher as Zhao attacks the northern water tribe and plans to deprive any surviving waterbender of his powers by killing the moon spirit. We have only spent one episode in the north, but the beautiful architecture and ancient knowledge of the water tribe are irresistible. Katara finds a master, Sokka has a crush – we feel we can stay at least for a while and we can’t stand it if these people get hurt.

Aang attacks the Fire Nation army with the help of the ocean spirit, but we still suffer a painful loss in battle: Princess Yue, who sacrifices herself to save the moon spirit and become his new spirit form. Try not to cry if you only think about it.

The final episode in Zuko’s transformation from antagonist to antihero also shows us where he gets his ridiculous melodramatic flair from (“I want to show what I have have learned! ”). Further insights into his family prove how terrible Ozai is as a father and how bad the whole family is. Zuko continues to support Azula as a new villain. Once again we see Zuko being rejected and banished because he is, this time from an Earth Kingdom family. Every time it happens, we feel a little bit more for him.

A: TLA continues to shock us straight out with this episode 1984, in which the capital of the earth kingdom turns out to be the exact opposite of the true nature of earth bending: mysterious, manipulative and completely dishonest. There is no war in Ba Sing Se, where Joo Dee shows a plastic smile and no one can get near the king without a decent level of skull digging. (Enter Lord Momo from the Momo Dynasty.)

We are rooted in Jet’s crazy obsession and sense of tragic failure to prove Zuko and Iroh are firebenders – especially because of the irony that he’s right. One of the better fights in this series is the only one that’s completely free of bends: Jet vs. Zuko, perfectly matched to double blades and double hook swords. There is also a strong undercurrent of deep frustration from children who have the solution and adults who do not want to hear it.

In this break with the norm, the main characters embark on solo adventures that perfectly capture their best qualities or deepest desires: Aang’s willingness to fly and love for all living things as well as some great bends; Sokka’s humorous inability and awkward charm with girls; Katara and Toph fight for the connection. Zuko enjoys a rare moment of normalcy and selflessness, and Momo almost steals the show – and breaks our hearts by showing how much he misses Appa. The otherwise fluffy vignettes are pierced by Iroh’s painful tribute to his son, a loss that is so personal and painful that he ultimately destroys his loyalty to the Fire Nation.

The powerful youth of the Fire Nation enjoy a welcome break from war with a weekend on the beach. (Do we dare to call it … fireproof?) The journey consists in equal parts of clumsy awkwardness and deep soul searching, which expertly jumps between these drastically different tones. Azula lost her shit on the volleyball court in a minute, and a few minutes later, she’s just a clumsy nerd trying to flirt with a local hottie. Is Azula a Mood??

This episode addresses both the characters and the audience by addressing and solving construction issues with Sokka. It consolidates its importance for the Gaang with finite certainty, lifts it beyond the multitude of sidekick-like characters in animated epics and finally eliminates the “three against three-plus-sokka” mentality. A single episode character study that reminds us why we love him – not that Some of us needed a reminder.

Though it’s part 1, which includes the legendary exchange “My first girlfriend turned into the moon”, part 2 contains every element we love about this show: an absolutely humorless Zuko who kicks Suki’s ass, Azula’s skills as humans and the great but fatally flawed plans of our beloved Sokka. The climax is a crucial moment for Azula as she loses her two best friends and with them the last of her humanity. By saving his father and redeeming himself with Suki, Sokka proves to himself that he deserves his role as a protector, even if he was involuntarily pushed into it at a young age.

Mai finally gets some depth when we see that she was really hurt by what Zuko ultimately did to her Avatar Twist the awkwardness of teenagers after the breakup. As if it wasn’t bad enough for your ex-girlfriend to read you the separation letter you wrote her, try while you’re tied to a chair in her uncle’s prison.

Just as AvatarThe four-part finale could be prone to delay, it hits – no, burns – us with this episode, in which we see Azula irrevocably diving into madness on the threshold of her coronation by the fire lord. Her last duel with Zuko is as epic as it is inevitable, which makes his team with Katara – the last member of Team Avatar who really accepted him – all the more fantastic. (Speaking of burning: my Zutara FEELINGS.)

We have reached the climax of the battle for world peace: Sokka and Toph take the airships, the White Lotus protects Ba Sing Se, the Phoenix King prepares to burn the ground and destroy the Avatar once and for all. The fight between Zuko and Azula is juxtaposed with the fight between Aang and Ozai (in which the avatar feels completely inappropriate), which gives us some of the most spectacular curves the show has to offer.

‘Avatar: The Last Airbender’ is now streamed on Netflix.