The most accessible instant camera so far 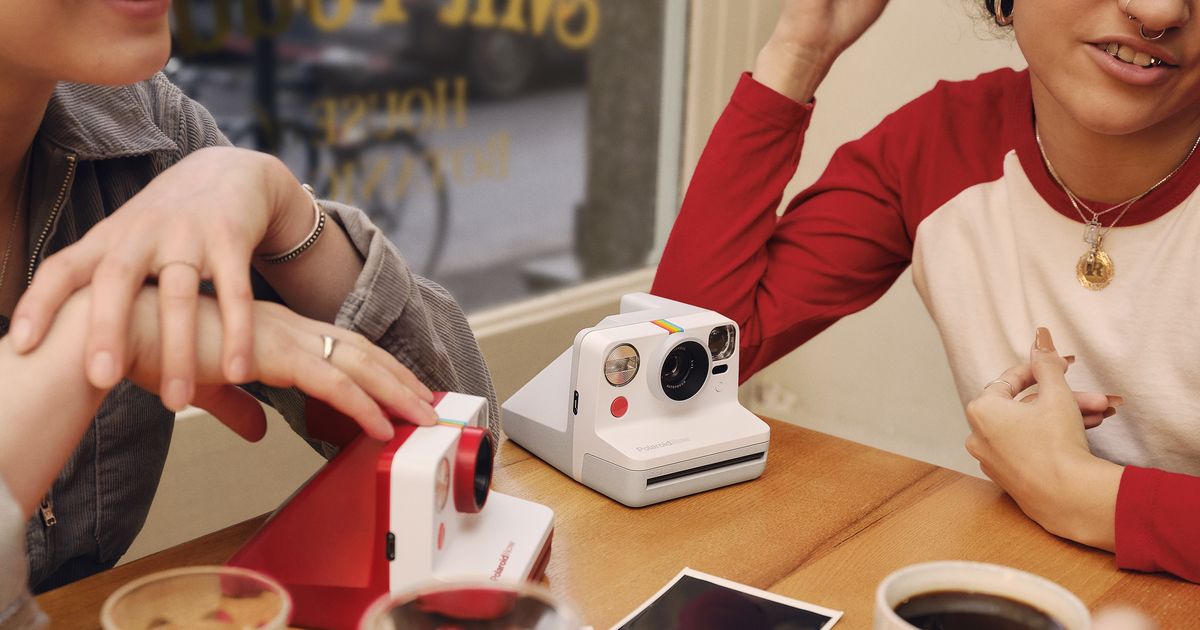 Polaroid adds useful features to a camera that take great photos at a very reasonable price.

Polaroid Now brings many new features to the table, including a unique auto focus lens. After spending more than a week on the device, I can say with certainty that it's a good reason to get back into instant photography.

Who doesn't like the feeling of pulling out a fully developed photo and obsessively looking over every inch of its grainy, faded splendor?

After all these years, Polaroid is still synonymous with instant cameras, even if the Fujifilm Instax Mini takes over the shelves of all urban outfitters. The 82-year-old company discontinued camera production after the advent of digital cameras in the late 1

990s, but luckily a group called The Impossible Project pushed ahead and revitalized the last remaining Polaroid factory in the Netherlands.

The cameras were reissued under the name Polaroid Originals, and with the release of Now (marketed as "instant camera for now" ), the brand changed its name again to usher in a new era: this time simply as a polaroid. And it looks like they started rebranding on the right foot.

The Polaroid Now has many new features, but still feels like the classic instant camera that we all know and love.

Compared to the last model, the OneStep, the Polaroid Now is a much more user-friendly experience. The controls are placed more comfortably. It all feels more natural and you don't have to twist your hands to get the camera to do what you want.

The Now also has improved battery life, which is said to allow you to shoot up to 20 packs of film (or 160 photos) on a single micro USB charge. For reference, the previous OneStep 2 and OneStep + had a battery life that could take around 15 packs before charging was required.

Perhaps the most important addition to the Polaroid Now is the auto focus lens – it's the only instant camera that has one. The function is fully automatic and changes independently between distance and portrait format, so that you can only concentrate on what lies ahead.

One thing that could disappoint buyers now is the lack of Bluetooth support OneStep + offers. You could take portrait-style photos and release the shutter remotely, but at least the Polaroid Now is $ 40 cheaper than the OneStep +.

The updated design of the Now is at the intersection of retro and modern and claims its own aesthetic identity without forgetting the roots of the camera. It is characterized by a minimalist, clear look. Everything on the Polaroid now serves a purpose; Nothing is just on display.

The Now is offered in two core colors: black and white. But for a limited time, you can choose from five iconic rainbow colors, including red, orange, yellow, green, and blue.

I was impressed with almost every photo that the Polaroid Now produced. Image or image, image for image printed with clarity (which shows how well the auto focus lens works), but not so much to lose the imperfect charm of instant photos. I was particularly happy with the pictures I took on a rainy day with very little sunlight, which really put this exact flash to the test (it passed with flying colors). I also liked the film protector that comes out with every photo and protects it from light pollution, while you find a dark drawer into which you can toss the undeveloped shot so it can slowly come to life.

It is the most accessible and user-friendly Polaroid to date.

When I started using black and white film, it got a little more difficult because of the lack of color, you have to think differently about the lighting and the frame of your pictures. However, they generally came out okay. I can't really say that for the double exposure function. I had big problems creating high quality images while using them (especially in black and white), but it's kind of a high quality technique, so I'm not sure if I can blame all camera myself. I'm not an Andy Warhol.

But the photos felt good to take. The new configuration of the buttons felt intuitive, and thanks to the camera's LED status screen, I had no problem distinguishing between the modes or the amount of film remaining. The layout is certainly a nice improvement in the quality of life, and loading film cartridges feels more fluid than ever.

The camera does not look too ergonomic at first glance, but it actually sits very comfortably in my hands during the entire review process. It opts for more fluid, curved lines over the angular design of previous models, so you can weigh it without jagged edges stinging your palms.

The self-timer is one of my favorite additions to the camera. You can prepare it with the shutter button on the face of the camera, align the shot and press the exposure button to start a countdown. The timer itself didn't warrant complaints from me, but framing selfie pictures with an instant camera can still be difficult. The opposite side of the Now's viewfinder can be used as a kind of mirror, but you'll need eagle eyes to see exactly what's actually in the frame. It's just a little too small and translucent to be helpful.

When it came to battery life, the camera really impressed me. After an initial full charge and about a week of testing, the now had juice long after I ran out of film. It also came with a neck strap, which is important if you think you travel with the camera a lot. The attachment is somewhat annoying.

I couldn't help but notice that the camera doesn't offer any protection. The classic Polaroid 600 had a flip-flop flash that hid the lens when closed, but you won't find that in the Polaroid Now. I am not entirely convinced that it would survive an unfortunate fall without suffering fairly gnarly damage.

Overall, the Polaroid Now exceeded my expectations. In my opinion, it is the most accessible and user-friendly Polaroid to date. The button surface, the autofocus lens and all the other frills work harmoniously, not only to enable, but probably that you get a high-quality picture regardless of your ability.

The Polaroid Now costs $ 99.99, which may seem steep from the start. But when you look at the price of the competition, it makes more sense. Take Fujifilm. The company's popular Instax Mini, which produces wallet-sized prints, costs $ 69 and the large-format Instax Wide costs $ 130.

The Polaroid Now arrives at a perfect time. Given the pandemic, political turmoil and climate change, many of us are simply trying to stick to better times. to the little moments when we feel human in times of despair. Although an instant camera or any physical possession cannot fix these problems, we can still find hope in the nostalgic images that they produce.