The new Snapdragon 865 from Qualcomm promises improvements in 5G, camera and games 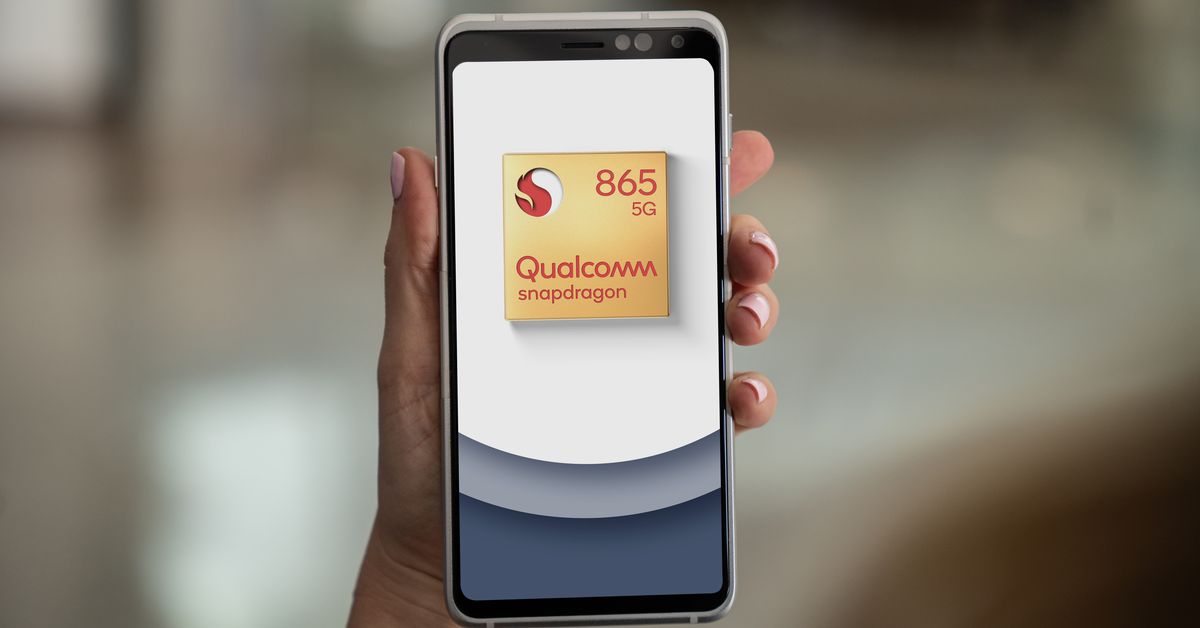 Qualcomm officially announced its latest flagship processor, the Snapdragon 865, at its Snapdragon Tech Summit yesterday. But on the second day, the company went into detail on the details of the new chip and its offering for the next wave of world-class Android devices next year.

According to Qualcomm, the new Snapdragon 865 will offer a host of improvements over its existing chips, especially in terms of performance, AI processing, photography and gaming.

5G is clearly an important focus area for Qualcomm. There is not much news here because Qualcomm has extensively described the X55 modem, which should be paired with the Snapdragon 865 months ago. (The first phones with an X55, the T-Mobile and the AT & T version of the Galaxy Note 1

0 Plus 5G, will be released later this month, although they are combined with the Snapdragon 855 of the current generation.)

Still It's a big leap forward compared to last year's X50 modem with a maximum download speed of 7 gigabits per second (compared to 5 Gbps on the X50). More importantly, the X55 supports a wider range of 5G frequencies, especially in the lower than 6GHz range. This is especially important for things like T-Mobile's recently introduced 600GHz 5G nationwide network or the 2.5- GHz 5G plans from Sprint. According to Qualcomm, the X55 is the first modem to support "all major regions and bands including mmWave and Sub-6 at both TDD and FDD frequencies." This is all very important to the Snapdragon 865, since the 865 itself does not actually offer any onboard modem – it needs to be paired with the X55 modem to make a cellular connection. This is a big difference from last year's 855, which included an LTE-only X24 modem that device manufacturers could use if they did not want to offer 5G. But with the 865, 5G support is now needed effectively. Like the Snapdragon 855, the 865 will support the Wi-Fi 6 standard.

There are also improvements on the performance side: The company claims the new Kryo 585 processor is 25 percent faster than the previous year's Snapdragon 855, while the new Adreno 650 GPU offers 25 percent better performance. It's not quite as big as it was last year (the Snapdragon 855's CPU was the first Qualcomm chip to use a 7nm processor and was up to 40 percent faster than the 845), but this should mean Snapdragon 865 phones will be able to handle more than anything you throw at them.

Another major area that Qualcomm has highlighted with the Snapdragon 865 are camera enhancements. As expected, there is a new ISP (image signal processor), the Spectra 480. Qualcomm's big requirement is that the Spectra 480 supports speeds of 2 gigapixels per second, which, according to their own information, enable a multitude of new photo functions.

Phones with a Snapdragon 865 can shoot 200 megapixel photos, shoot 8K video, and record slow-motion video at 960 fps and 720p resolution. In addition, the new processor will support video capture with Dolby Vision HDR, a first for mobile devices.

Of course, all phone manufacturers must meet Qualcomm with the camera hardware to capture these types of images and videos, but the Snapdragon 865 at least provides the foundation by supporting these features immediately.

With the Snapdragon 865, there are also some new features that focus on games. The new chip supports for the first time phones with a refresh rate of 144 Hz, just like many high-end gaming monitors. With Qualcomm, OEMs can also update the Adreno GPU for the first time through App Stores. In this way, players can update the firmware over time, much like PC GPUs.

The Snapdragon 865 also promises better AI performance than the 855. According to Qualcomm, the Qualcomm fifth generation fifth generation engine of the 865 is twice as powerful as the fourth generation, delivering 35 percent better energy efficiency ,

There is also a new Qualcomm Sensing Hub that gives AI assistants such as Alexa or Google Assistant the ability to monitor wake-up calls at extremely low power levels (below 1 mW) and to support multiple smart wizards simultaneously.

As with many of the enhancements described here, it will be important for device manufacturers and software developers to develop hardware and apps that can harness the AI ​​potential of the 865.

The first phones with Qualcomm's Snapdragon 865 are expected to be released in 2020.