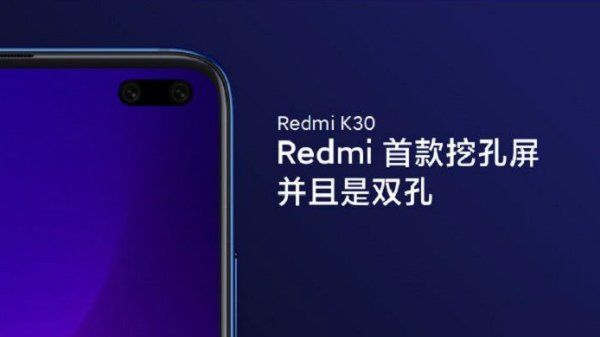 The Redmi K30 has been one of the most anticipated Xiaomi smartphones for some time. With the launch just a few weeks away, there are more teasers pointing to a new high-resolution camera that is celebrating its premiere on this device.

The Redmi K30 will be Xiaomi's first mid-range smartphone with dual-mode (NSA and SA) 5G support. It will be presented in China on December 10th. Worldwide availability is expected in early 2020. There were a few leaks and teasers that give us a better idea of ​​what we can expect from the device.

Lu Weibing, the GM of Redmi, who first confirmed the existence of the Redmi K30, went to Weibo to test the "world's first high-resolution image sensor" on the device. Xiaomi has recently demonstrated the 108 megapixel sensor. We believe he is talking not just about megapixels, but also about a new high-resolution sensor that no other smartphone currently has.

Other leaks indicate that the sensor will be powered by the upcoming Snapdragon 765 SoC with Adreno 618 graphics, which will be Qualcomm's first 5G midrange chipset. The Redmi K30 will also have a large display with a double hole for the selfie cameras, another premiere for Xiaomi. Interestingly, it is expected that this LCD panel can be played at 120 Hz, which corresponds to today's top flagships.

Around the same time, Realme, Oppo and Vivo will also be introducing their next wave of relatively affordable 5G phones for the coming year.

Intel’s discrete Xe GPU for gamers is coming in 2021