Breaking News
Home / Gadgets / The Sony A7C has come onto the market: This time Sony thinks well and truly IN the box

The Sony A7C has come onto the market: This time Sony thinks well and truly IN the box 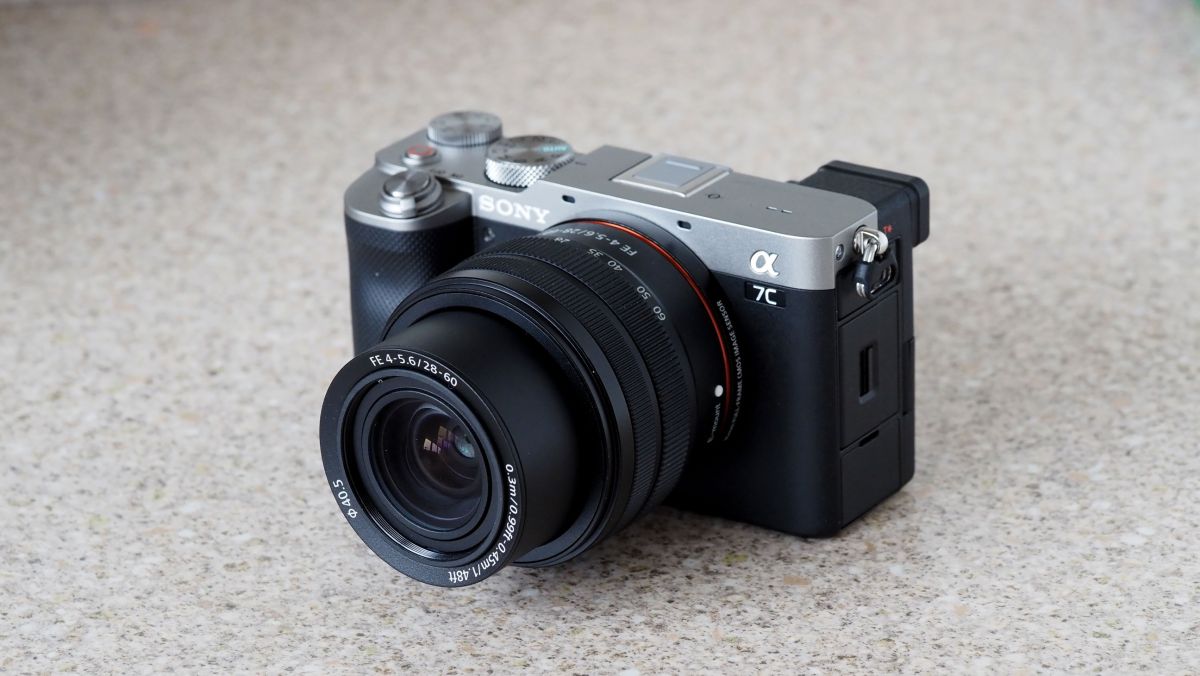 Sony has launched a new full-frame mirrorless camera that is based on the successful models in the A7 series, but has been radically revised. The Sony A7C combines the full frame sensor and much of the technology of the Sony A7 cameras with the more compact, box-shaped design of the APS-C A6000 series cameras.

If you imagine the technology of the Sony A7 III in a Sony A6600 case, the idea will hit you, although the larger sensor inevitably means the A7C is bigger than the A6600, albeit not by much.

Sony wants to appeal to a new audience of photographers, vloggers, and content creators who want a new, fresher design and camera that can handle both video and still images.

The closest neighbor down the Sony lineup is the Sony A7 III, and it̵

7;s likely to be priced similarly. So this isn’t a cheap addition to Sony’s full-frame mirrorless range, but it can potentially be seen as an entry-level alternative.

The first and most obvious innovation is the design. Sony opted for a rectangular “rangefinder” design where the viewfinder housing is lost on top and the EVF is instead positioned in the upper left corner on the back. We were told it is the same viewfinder as the one in the A6600.

On the back is a fully articulated, variable angle touchscreen, a welcome step forward from the tilt screen on regular A7 series cameras.

The menu system is similar to that on existing Sony A7 cameras rather than the new design of the A7S III. This suggests that the A7C has a lot of technology in common with the A7 III despite its very different physical appearance.

The A7C is designed for both video and still, but Sony hasn’t really advanced the video specs for this model, at least on paper. It can record 4K video at 30p in 8-bit XAVC-S “for easy editing” with oversampled 6K recording and no time limit. That’s a pretty straightforward video spec by current standards, but Sony has to rely on everyday usability as a selling point. You get at least the S-Log2, S-Log3 and HLG modes from Sony as standard.

In today’s highly competitive video market, that may not be enough to rank the A7c among the best 4K cameras for filmmaking, but its full-frame sensor and “cinematic” look combined with its highly effective AF (see below) could make them one of the best make the best cameras for vlogging.

Sony has an edge in autofocus technology, and the A7C pretty much offers the best of everything in that regard. It borrows much of the AF technology from the much more expensive A7R IV and includes 693 AF points with phase detection and 425 AF points with contrast 93% of the frame and with Sony’s latest Real Time Eye AF, human / animal functions, left / right eye and real-time tracking.

It’s no problem for burst shooting either, as still images can be captured at up to 10 frames per second with AF / AE or at 8 frames per second in Sony’s Live View mode (a bit slower, but a smoother screen update for tracking yourself quickly moving motifs). The buffer capacity of up to 115 raw files or 223 JPEGs is even more impressive.

This lens does not use a power zoom mechanism, but rather a simple mechanical retractable design that is quick to operate and gives the lens a regular manual zoom ring when extended.

Although it is a kit lens that can be bundled with the A7C, it has some advanced features including 3 aspherical lens elements, a 7-blade circular aperture, and a linear motor for fast, quiet AF for stills and videos. This lens will be available separately from January 2021.

The A7C is compatible with the advanced Sony ECM-B1M shotgun microphone with 8 microphone capsules, integrated digital signal processor and external controls. You can also use the A7C with the Sony GP-VPT2BT handle with WiFi. This has a handle head with tilt and angle adjustments and a shaped handle.

In addition to the A7C, Sony has also announced a new small and lightweight HVL-F28RM flash with a guide number of 28 (at 50mm, ISO 100) that is radio controlled and can act as both a receiver and a commander. It has a wide-angle diffuser field to cover a 24mm lens, a built-in modeling light and high-speed synchronization. The Sony HVL-F28RM will be available from mid-November.

Marvel’s Avengers are a great game once you understand it

Are You Using These Popular Windows 10 Laptops? You have a difficult decision to make