Breaking News
Home / Technology / They teach Alexa to be an asshole

They teach Alexa to be an asshole 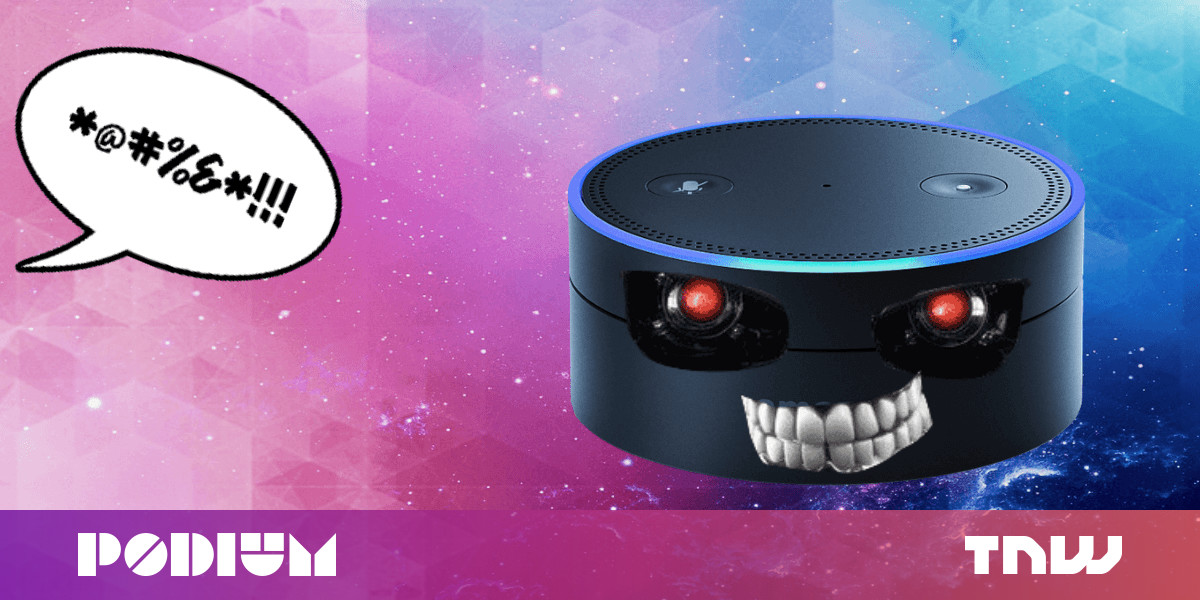 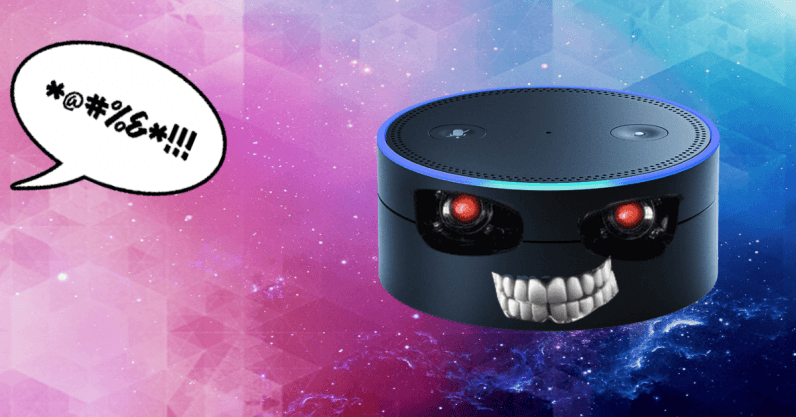 "Shut up, Siri!" "Fuck off, Alexa!" We've all heard people calling their voice assistants, often in color terms. You probably did it yourself, and so? It's not like our voice assistant has feelings – "she" is just a collection of code and a disembodied, robot voice. At least that's what conventional thinking is about. I'm here to tell you that thinking is wrong, and if you do not want the Terminators to hunt your grandchildren in a dystopian future, start with Alexa today.

Okay, I'm just kidding about the Terminators. But the point I discuss about the way we treat her with her is serious. AI and machine learning are developing fast ̵

1; some would say at alarmingly high speeds – without much thought being given to the implications.

Elon Musk predicted an AI apocalypse a few years ago at a meeting of the National Governors Association before a year-long AI Apocalypse "I sound the alarm bell, but until people see robots that kill people, they set I do not know how to react. "

Maybe Musk is reacting too hard. Facebook boss Mark Zuckerberg believed this certainly. He accused Musk's warning by calling him a "Naysayer," calling this talk "rather irresponsible." But most of us can agree that AI and machine learning are in their infancy. and it's hard to predict how machines will evolve. Exciting developments such as the resurgence of neural network-based learning suggest that the way machines learn may reflect how animals learn in the future.

This view is exciting and scary. Think of two large-bred puppies from the same litter. One grew up in a loving home where she is treated with kindness and patience. The other is subjected to a constant stream of verbal abuse and is trampled on by its owners. The puppies may start with the same potential and confidence, but they will develop into very different dogs if they are raised in completely dissimilar environments (or not).

If you are a good pet owner or father or friend, it can be a matter of course to provide positive support to your loved ones. However, in other situations it is not always easy.

One thing we know about building positive workplace cultures is that it's more effective to get someone to "do things right" and praise them than just call the mistakes, let alone call a co-worker. But it's not as easy as it sounds. Man is a problem solver by nature – we tend to screw and look for ways to fix it.

It takes some effort to remain positive, not only because we have to overcome our tendency to focus on problems, but also that we have to admit that "good" occurs to varying degrees, what requires their own calibrated answers. There is "great work" and then "almost good enough". The most inspiring leaders seem to find a way to reward the latter, to engage in curiosity and calculated risk, so that employees can feel free to be creative.

A humanity we can be proud of

Still not convinced that the technology we interact with daily can learn about negativity from us? Consider your Facebook feed. Everyone complains about the relentless flow of negativity they receive from their Facebook feed, and there are legitimate questions about how algorithms provide content and how it can be manipulated.

But this much we know: Our feeds reflect our interests, measured by clicks. If they are negative then because we have taught them that we want negativity. Not necessarily because we know we "want it," but we're certainly looking at it a lot longer, sort of like the train crash scenario, you just can not stop looking …

I've had a few years on my Facebook Feed started back. I was sick of all the negativity, so I ignored these articles and instead just clicked on positive material. I blocked people who wrote negative things, and I interacted with uplifting material. It took a while, but slowly my food began to change. When I check out Facebook now, I get interesting, positive stories that teach and / or inspire me, rather than clickbait, which creates anger and fear. It really changed the Facebook experience for me.

I think there is a bigger lesson in this story. Everything we do in a networked room is captured and analyzed for future use. So we have to make a choice. If Siri suggests a men's clothing store when we ask for "Thai near me," we can say, "Are you stupid, stupid?!?" Or we can say, "Thanks, but can you tell me where the next Thai is? Restaurant is?" How we react makes a difference, even though Siri is just a collection of code and a disembodied voice

It is not only that reacting to machines with patience and good manners can help us to keep our worst impulses in dealing with fellow humans in check, although I am firmly convinced that this is true. [19659008] As we teach these machines to be more human, we should want them to reflect a humanity that we can be proud of, and as a possible side effect, the Terminators may not open your grandchild's door I choose nice to she .