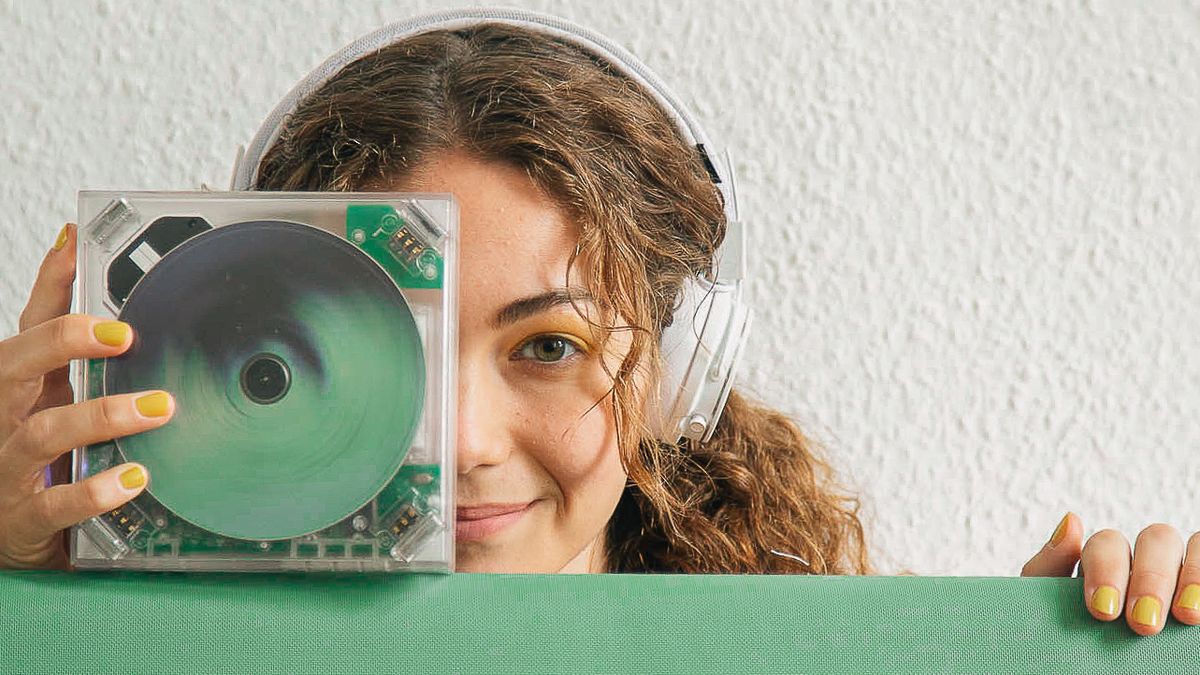 Dust off your Spice Girls CDs, wake up your slumbering Tamagotchi, and dig out your old flannel shirts – the 1990s are back as NINM Labs’ humble portable CD player gets a modern twist in its latest Kickstarter project.

The Sony Discman-style player – called Long Time No See – has all of the hardware you’d expect in a CD player, plus Bluetooth 5 connectivity so you can listen to your old discs through your wireless headphones or a Bluetooth speaker.

The CD player also has a 3.5mm audio jack if you prefer a more authentic ’90s experience with wired headphones. The lid can also be used as a speaker when you want to listen with friends and don̵

7;t have a portable speaker on hand.

Power is supplied by two AA batteries. Alternatively, you can charge it via the micro USB-C port. According to NINM Labs, battery life when using Bluetooth is six to eight hours.

The Long Time No See looks a little different than the Sony Discman you may be familiar with. According to NINM Labs, the design was inspired by “the typical square CD case” with a translucent plastic shell that “allows users to vaguely see the internal structure of the device”.

It certainly doesn’t look stylish enough to fit in your pocket – but it seems the point of the Long Time No See is to be seen and to show the artwork on your CDs.

Whether there will be great demand for portable CD players in 2020 remains to be seen: why should you limit yourself to one album after all when your smartphone can instantly access millions of tracks via streaming services like Spotify, Tidal and Amazon Music?

Still, it’s a cool feeling of tangibility to handle CDs, open your case and look at the album cover, which has arguably been lost since digital music downloads dominated the market in the early 2000s.

If you love the idea of ​​reviving your old CDs, you can pre-order Long Time No See through the Kickstarter site for $ 90 (around £ 70 / AU $ 120). NINM Labs is hoping to ship the first models in December though, so I would take that date with a pinch of salt.

As the company itself says: “We are confident about the production schedule, but the greatest uncertainty is the impact of COVID-19 on logistics.” That said, you could wait a little longer for the portable CD player – but what are a few extra weeks that your CDs have been waiting for two decades to play again?

PS5 Digital Edition Vs Xbox Series S: Which Digital-Only Console Should You Buy?