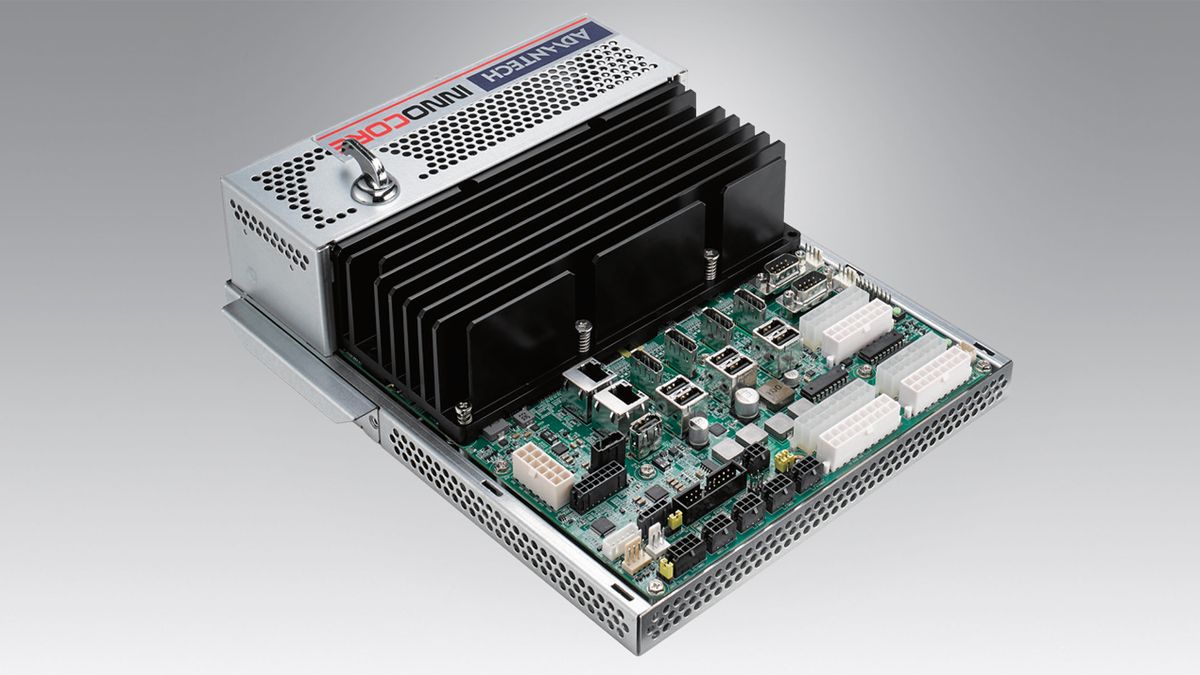 Advantech, a provider of embedded systems and single-board computers (SBCs), has announced its new highly integrated platform for gaming, entertainment and kiosk applications. The DPX-E145 combines the power and versatility of Intel’s embedded Tiger Lake SoC platform with the extensive connectivity required for commercial systems.

Intel’s 11th generation Core i-series ‘Tiger Lake’ UP3 embedded processors offer several unique advantages for embedded systems: up to four high-performance general-purpose cores, Intel Xe-LP graphics with up to 96 EUs, and one decent performance for 1080p gaming, support for up to four displays, premium connectivity, and a TDP of up to 28W.

The performance and functionality of Tiger Lake UP3 does not surpass that of PlayStation or Xbox consoles, but it is ideal for various arcade, casino and casual gaming applications. A four-display kiosk is hard to imagine these days, but companies tend to be creative and may use this feature as well.

All functions in one compact package

45 leverages everything that Intel’s Tiger Lake UP3 embedded platform has to offer. The SBC has two memory slots for up to 32 GB DDR4-3200 memory, one M.2-2280 slot for a high-performance SSD with a PCIe 4.0 x4 interface, two SATA headers for 2.5-inch storage devices and two C-fast sockets.

The board has, among other things, four DisplayPort 1.2 ++ connections, nine USB 3.0 connections, four RS232 headers (for connecting common gaming controllers), an RS485 connection, a TTL connection and 5.1 audio connections (up to 20 W per channel). and a GPIO header. The SBC uses a single 12 V DC input or an ATX power supply.

The operating temperature of the circuit board is between 0 ° C and 50 ° C. The SoC is cooled with a relatively large passive cooling system that, unlike active coolers, does not require its own service.

The DPX-E145 is designed for commercial embedded systems and offers best-in-class security, including an integrated TPM 2.0 module, eight intrusion switches and a real-time clock.

At 200 mm x 270 mm, the Advantech DPX-E145 is not exactly as small as the Raspberry Pi, but it doesn’t have to be that small. First, the single board computer must have numerous ports to address a wide variety of applications, which means additional board space. Second, a passive cooler for a 28W SoC should be quite large, and gaming, amusement, and kiosk applications have plenty of room inside to house an SBC with a massive cooler.

On the software side, Advantech’s DPX-E145 is backed by everything the company has to offer, including proprietary edge-to-edge drivers and software API / SDK, code portability with other Advantech Innocore boards, and a host of things of Advantech Innocore software products for games. The SBC is supported by Microsoft’s Windows Embedded and Linux operating systems. In short, the SBC can be deployed quickly.

Advantech has not yet announced the pricing and availability date for its DPX-E145. Since this is an embedded SBC for commercial applications, it obviously costs more than a typical PC card.

Tesla produced and shipped a record number of cars this quarter