Trump extends the Huawei / ZTE ban by another year – TechCrunch 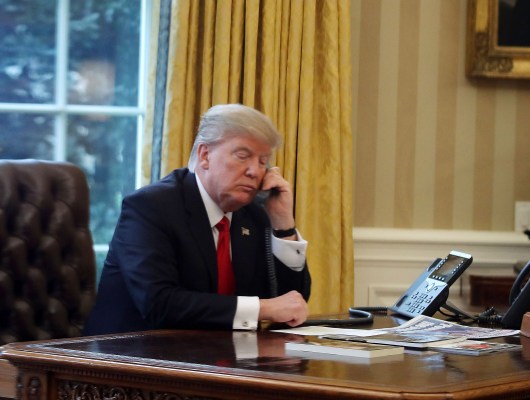 Donald Trump signed an extension of last year’s national emergency statement this week to prevent trade with certain overseas telecommunications companies. The extension takes place almost a year after the first appointment, this time until May 2021.

According to the original language, the regulation relies on the International Emergency Economic Powers Act to “address the threat posed by the unrestricted purchase or use of information and communication technology in the United States… provided by individuals who own property the one controlled by it or subject to jurisdiction or direction of foreign opponents. “

In particular, it is aimed at Chinese companies such as Huawei and ZTE, against whom the administration has raised all kinds of national security complaints. Among them are allegations of government espionage and violations of sanctions against countries such as North Korea and Iran.

Huawei was hit particularly hard because the ban restricts the manufacturer’s use of the Google app – a major blow to its software ecosystem. Canalys analysts earlier this month show that the company’s deliveries to markets outside of its home country of China have decreased by 35%. It is true that the market was rocky for all manufacturers before the COVID 19 pandemic, but according to the company, Huawei’s decline is four times that of Apple in markets outside of China.

The company has worked on its own internal alternatives to important Google apps. In the meantime, however, Huawei has to rely on selling older devices and delivering new flagships without the necessary apps.