Breaking News
Home / Trends / Ubisoft’s CEO apologizes for controversy, including one that sacked the director of Assassin’s Creed

Ubisoft’s CEO apologizes for controversy, including one that sacked the director of Assassin’s Creed 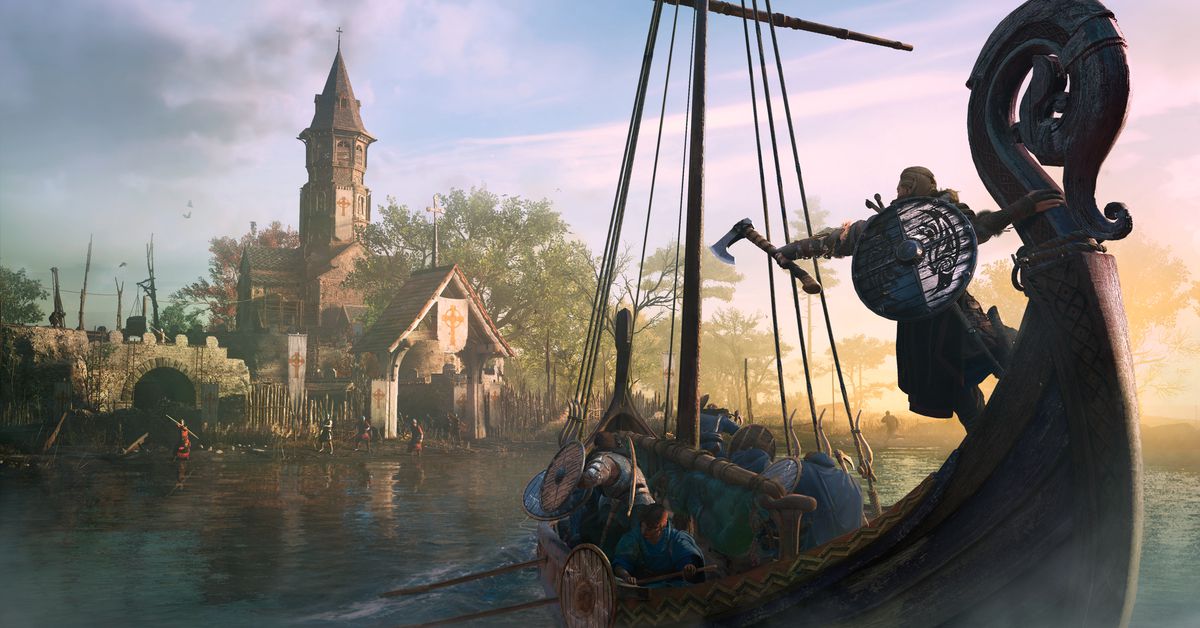 Ubvesoft chief executive Yves Guillemot confirmed and apologized Thursday for a series of misconduct allegations against several designers and public figures, one of which resulted in the sacking of Assassin’s Creed ValhallaCreative Director in early summer.

In a statement to the publisher’s Ubisoft Forward showcase on Thursday, Guillemot also apologized for an image in a mobile title that some believed was belittling the Black Lives Matter cause or portraying its supporters as villains.

“Ubisoft stands for equality and respect for all,” said Guillemot. “We condemn anyone who uses our games as a proxy for hatred or toxicity. We fully support the Black Lives Matter movement. “

Guillemot did not name any person or incident, but was clearly referring to controversies that led to the resignation of Serge Hascoet, the company’s former chief editor. the resignation of Maxime Béland, Executive Vice President of Ubisoft Toronto; the sacking of Ashraf Ismail, formerly Ubisoft Montréal’s creative director for Assassin’s Creed Valhalla;; and the firing of Tommy Francois, the company’s vice president for editorial and creative services.

Ismail left the company in June and was later fired after alleging on social media that he had an extramarital affair with a streamer he met at E3 2017 and lied to her about his marriage. Béland, Hascoet and Francois have been implicated in allegations of physical and verbal abuse of employees, especially women, and of creating or tolerating a culture of sexism and harassment.

“This summer we learned that certain Ubisoft employees had failed to uphold our company’s values ​​and that our system failed to protect the victims of their behavior,” said Guillemot. “I am really sorry for everyone who was hurt. We have taken important steps to remove or sanction those who violated our values ​​and Code of Conduct. And we are working on improving our system and our processes. “

Next, Guillemot said that Tom Clancy’s elite Squad, an adaptation for iOS and Android devices, shouldn’t have an enemy faction represented by a logo that looks like the raised fist of the Black Lives Matter movement. “That kind of oversight can’t happen,” Guillemot said, adding that the company is putting controls in place to prevent it from happening again.

“We’re also working to improve diversity and inclusion at all levels of the company,” said Guillemot. He announced an additional $ 1 million investment in the new graduate recruitment program to encourage women and people of color to “join Ubisoft and thrive.”

With regard to the Elite unit Guillemot said Ubisoft will make an additional, unspecified donation to the NAACP Legal Defense and Education Fund.

“I’m determined to drive change at Ubisoft and make sure we always uphold and exemplify our core values ​​across the company, in the industry, in the community and in our games,” said Guillemot.

“I’ve always believed that great games have the power to bring people together and provide an outlet for self-expression and growth,” he added. “It’s more important now than ever.”

Amazon Prime Day 2020 Date, Deals, and Everything You Need to Know