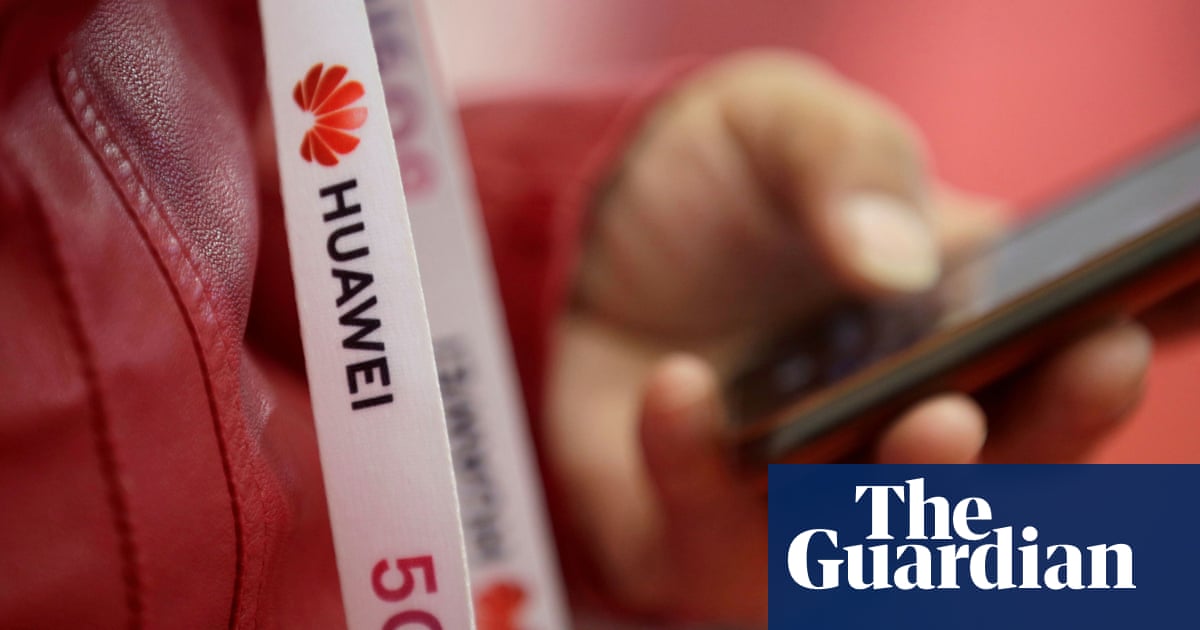 Britain needs to take a “hard look” and reconsider its decision to allow the Chinese firm Huawei into the UK 5G network, US officials have said ..

The remarks, made on the margins of the Munich security conference on Friday, represent the most direct public warning from Washington to the UK that it should rethink and needs to recognize the high risk of exposure of the UK network to the Chinese state.

the US officials stepped up their campaign against Huawei, claiming it can covertly access mobile phone networks around the world through “back doors” designed for use by law enforcement. The company stands accused of stealing trade secrets and lying to US federal investigators in a new US indictment released on Thursday.

US officials said their intelligence showed Huawei had had a secret capability for more than a decade. Washington claims to have passed the highly classified intelligence to the UK and Germany.

There have been reports of a highly charged phone call between Boris Johnson and Donald Trump in the wake of the UK decision. Johnson has postponed a planned visit to the US until the summer, citing the pressure of domestic work, but also reflecting the tensions between the two allies.

At a briefing in Munich, Robert Blair, the White House special representative for international telecommunications policy, said Britain needed to take a “hard look” at its decision to use equipment made by Huawei, which officials in Washington say is a security risk – charges the company denies.

Blair said Washington was looking to develop a partnership with the telecoms industry to provide alternatives to Huawei's technology.

He said a partnership was “very different from buying shares with taxpayers' money”. Blair stressed that the UK decision, even if not reversed, would not lead to an end to intelligence cooperation between the close allies, but added that it might require the US to rethink how it shares data.

Britain and, to a lesser extent, Germany have said it is possible to keep Huawei away from the core network, and not allow the firm greater than 35% access.

But the US national security adviser, Robert O'Brien, said: “We have evidence that Huawei has the capability secretly to access sensitive and personal information in systems it maintains and sells around the world. ”

Another senior US official said:“ Huawei does not disclose this covert access to its local customers, or the host nation national security agencies. ”

The UK has repeatedly argued that any security risks from Huawei can be contained, with its decision to allow the Chinese company a role in 5G technology taken in line with recommendations from its intelligence agency GCHQ.

British politicians and officials have also sought to downplay the differences with the US on the issue, arguing that they want to work with the US in developing alternatives. But many Conservative party backbenchers remain concerned by the intensity of the US lobbying and are trying to pressure Johnson into agreeing that Huawei will be eliminated from British networks in the next two to three years in an attempt to reach a compromise that the Trump administration would accept .

The US tried to buttress its intelligence disclosures by charging Huawei with racketeering, conspiracy and conspiracy to steal trade secrets in the new federal indictment.

The Democratic House speaker, Nancy Pelosi, threw her party's weight behind the White House warnings, saying that to allow Huawei into European networks would be “to choose autocracy over democracy. ”

She also accused China of threatening economic retaliation against those who d o not accept its technology, saying Europe should not adopt Chinese technology on the basis of short-term economic reasons. Her remarks underlined the bipartisan American opposition to Huawei.

The US moves came as the Chinese foreign minister, Wang Yi, arrived in Munich, in part to discuss the German decision to allow Huawei limited access to its 5G network.

Huawei dismissed the new indictment as part of the US justice department's attempt to “irrevocably damage Huawei's reputation and its business for reasons related to competition rather than law enforcement”. It added: "The 'racketeering enterprise' that the government charged today is nothing more than a contrived repackaging of a handful of civil allegations that are almost 20 years old."

The future role of China, and the gradual retreat of the US from the world stage, will be a central theme of the Munich conference.

There are a host of world leaders at the conference, but no UK cabinet minister is due to attend. An array of UK security and diplomatic officials will be present.