Walmart is taking pre-orders for the new iPad Air, release date October 23 [Update: Out of Stock] 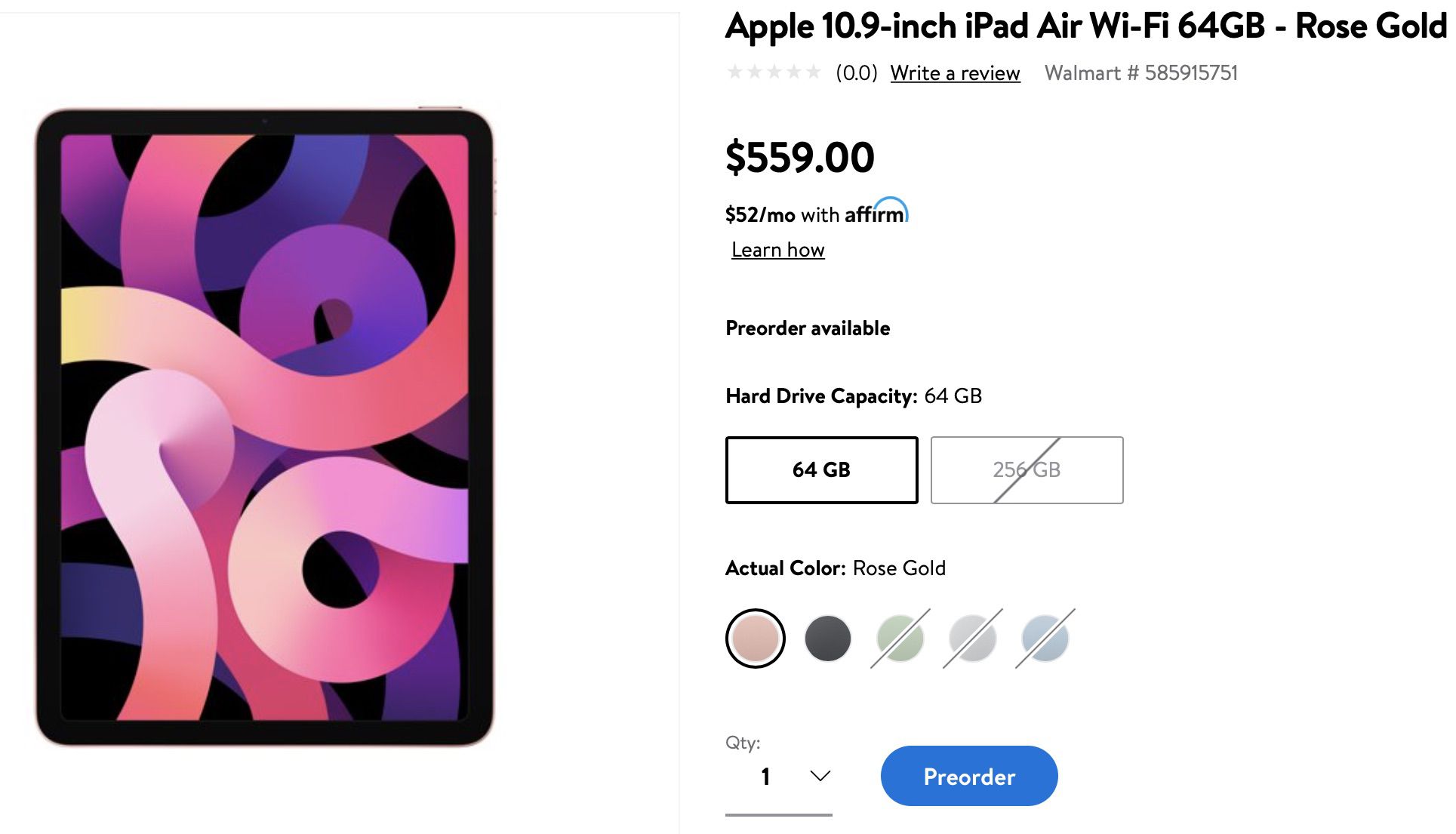 Apple didn’t provide any release date information for the new 10.9-inch iPad Air, but Walmart started taking pre-orders for some models this afternoon.

Stock is limited, but Walmart is offering space gray and rose gold models for pre-order. According to Walmart, ‌iPad‌ Air purchases will ship on Friday, October 23rd.

Friday October 23rd is also the release date, which was temporarily listed on Best Buy’s Canadian website before being updated to read “Coming Soon”.

Walmart’s pre-orders are another clue that the ‌iPad‌ Air is slated to release on October 23rd, although it’s still not clear why Apple hasn’t updated its website with the release date information.

If the release date for the PiPad‌ Air is correct on October 23rd, we might see pre-orders from Apple on Friday alongside the iPhone 12 and iPhone 12 Pro.

The fourth generation ‌‌iPad‌‌ Air models have an edge-to-edge display, a Touch ID power button and the same A14 chip as the new iPhones. Price starts at $ 599. However, Walmart is offering a $ 40 discount.

To update: Walmart’s pre-order inventory for the new ‌iPad‌ Air models appears to be sold out.