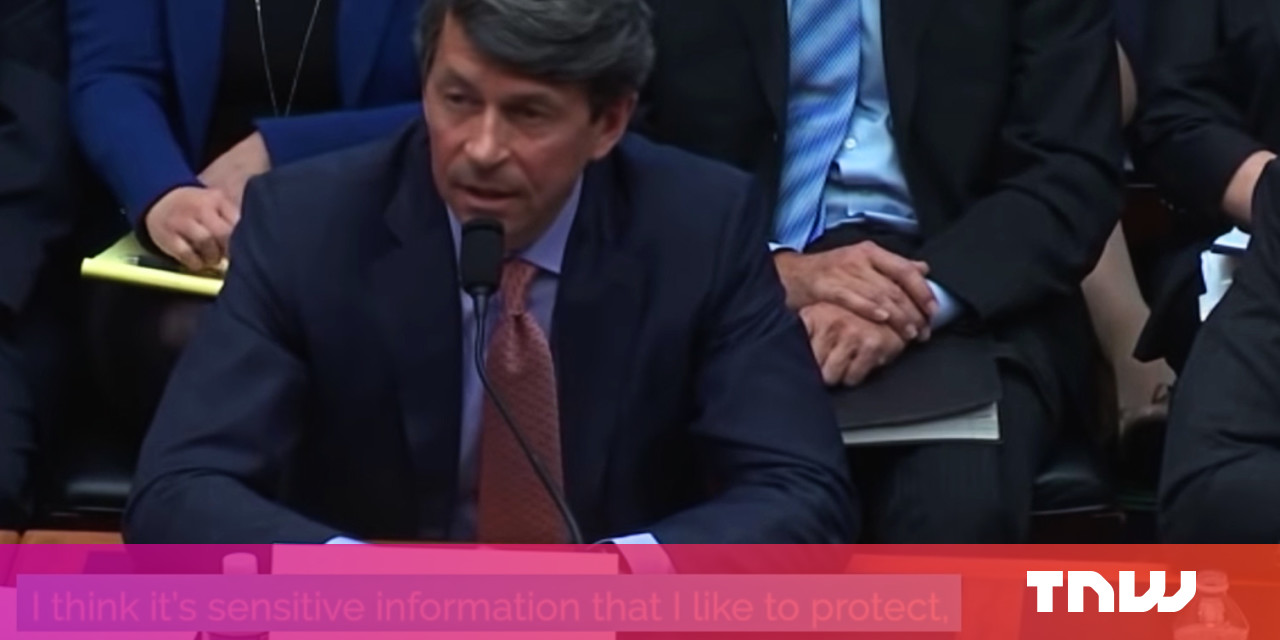 In September 2017, US credit research firm Equifax announced that its website had been infringed and 143 million citizen files were stolen in the attack – names, addresses, Social Security numbers and all others. As we learned later, the break could have been easily avoided.

The company did not yet have to deal with serious consequences. Yesterday, however, the company's recently appointed CEO, Mark Begor (who replaced former CEO Robert Smith after leaving the company), was replaced by Katie Porter (D-CA), a $ 1[ads1]5 million compensation package. professionally grilled in a congressional hearing.

The short clip is worth watching until the end: Porter asked Begor if he would be willing to publicly disclose his personal information, including his SSN, at the hearing. Porter's response to his answer shows exactly how we should interview tech companies that do not protect our privacy and our privacy. Watch and learn, people.

The TNW Conference 2019 is coming! Click here to see our glorious new location, the inspiring array of speakers and activities, and how to attend this annual tech bonanza.