Breaking News
Home / Technology / Windows 10 Is Getting a Cosmetic Makeover

After months of functionality testing, adjustments and unexpected delays, Microsoft is finally ready to roll out the latest cosmetic and operational updates for Windows 10. In just a matter of weeks, the Start Menu of Windows 10 will have a simpler and more modern look and feel. Additionally, several vexing functionality issues will be taken care of, and several tool updates will gradually go live. The most noticeable change, will, of course, be the one that updates the layout of the Start Menu.

Build 20161 is changing the colouring of the menu frame, the text, the tiles and the icons. Microsoft is hoping that the adjustments to the Windows 10 Start Menu are going to make the operating system a lot more user friendly, regardless if one prefers using the light theme or the dark theme. Windows users will also have the ability to personalise the colours of their Windows’ front end by adjusting them through the operating system’s settings. Colour selection is not the only personalisation option that is coming to Windows 10. The operating system’s taskbar will adapt to each user’s preference. For example, a gamer will be able to have a taskbar that links to his or her Xbox or gaming apps, and an Android smartphone user will see application icons related to his or her mobile device.

Microsoft’s attempt to refresh Windows 10 is far from being considered a step forward in terms of innovation, but it is definitely a step in the right direction. Modernising an environment is important, regardless if one is updating a successful operating system or if they are working on the next fairy tale themed – Wish Upon a Jackpot slot. Microsoft, Apple, Linux and Google will always look for ways to improve their products. There is no other way for tech giants to leave failed projects like Windows 8 behind and to get things right by releasing products like Windows 10 and macOS Catalina.

Modernisation should always go hand in hand with friction-free functionality. Following the update of May 27th, Windows 10 users experienced a number of technical issues, which affected the overall functionality of both software as well as hardware. In order for Microsoft to tackle these issues, numerous bug-fixing patches were released. These patches paved the way for the release of the operating system’s upcoming update. 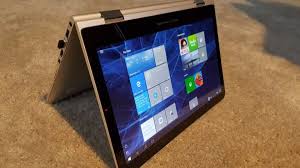 Bug fixes and cosmetic improvements aside, Microsoft’s latest Windows release will also improve the functionality of the Alt+Tab command. Those who use Microsoft Edge to browse the world wide web will soon be able to see all their active browser tabs in a single frame and to switch from one browser tab to the next easily.

For a very long period of time, the world’s two most popular operating systems were taking very different roads in whatever concerns front end functionality. Windows was inflexibly structured to primarily accommodate the very specific “office needs”, while macOS was designed for simplicity and ease of use. Lately, it seems like Microsoft is taking a turn towards changing its operating system, aiming to make it “lighter” and more user friendly. Both the upcoming updates as well as all the projects currently being smoke-tested on beta show that Microsoft’s goal is to turn Windows from rigid and unappealing to creatively adaptable.