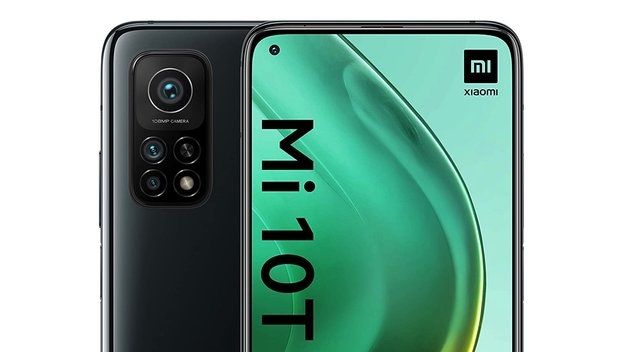 Xiaomi’s second flagship series of the year, the Mi 10T, is set to debut this month. Before the company could make things official, Amazon appears to have ruined the party.

Amazon Spain had listed (which has since been deleted) The upcoming Xiaomi flagship duo, the Mi 10T Pro and the Mi 10, a few days ago. The listing revealed some key features of the device and also gave a glimpse of the device’s appearance.

According to Amazon listings, the Mi 10 Pro will have a 108MP primary camera followed by three more sensors that complete the quad camera stack. While the Vanilla Mi 10 is said to be packaged in a 64MP quad camera setup on the back. The image popped up also suggests that the phones may have a similar camera module and design overall.

On the front there is a hole cutout with the selfie camera, which at least looks very small in the pictures. The front of the phone is dominated by an almost full screen display with small bezels on each side. Both the Mi 10T Pro and the Mi 10 should be equipped with a Full HD + panel. The duo is also said to contain an image with a refresh rate of 144 Hz. The picture also suggests that Xiaomi could bring the side-mounted fingerprint scanner to the Mi 10T instead of a built-in fingerprint scanner. They are also said to be packaged in a 5,000 mAh battery.

The Xiaomi Mi 10T series is expected to be launched first in Europe and later also in India.

Everything from the Google Pixel 5 launch event: Google TV, Chromecast, and Nest Audio

Netflix is ​​doing a Conan the Barbarian TV show – could it be the next witcher?