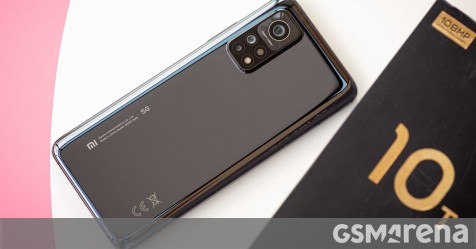 Xiaomi released the flagships Mi 10T and Mi 10T Pro in the last days of September, bringing another unusual camera design to the scene. Now it looks like the Redmi family will get their own serving too.

China Mobile posted a photo of a Xiaomi Mi 10T phone on Weibo and asked its followers what they think of the Redmi K30S. The post was later deleted, but nothing really goes away from the internet as people managed to scan the accidental leak. 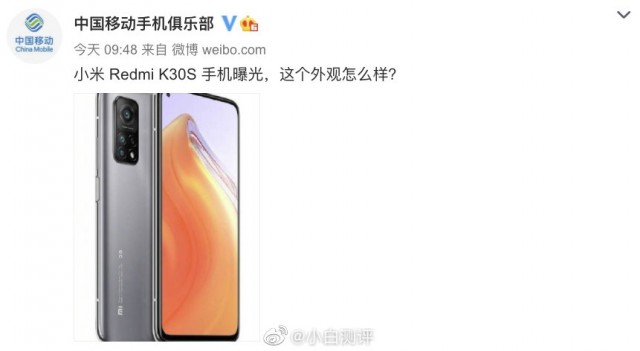 It comes as no surprise that Xiaomi is trying to reboot a Mi phone under its Redmi branch. Exactly the same thing happened with the Mi 9T and Mi 9T Pro, which were sold as Redmi K20 and Redmi K20 Pro in some markets, respectively.

Due to the poor quality of the screenshot, we cannot determine whether it is a picture of the Vanilla Mi 10T with a 64 MP main shooter or the Pro variant. In both cases, it is a 6.67-inch LCD with FullHD + resolution, a large 5,000 mAh battery with 33 W fast charge and an MIUI 12 that is ready to use.

We assume that the price of the Redmi K30S will stay at € 550, with the price slightly adjusted to the specifics of each market.