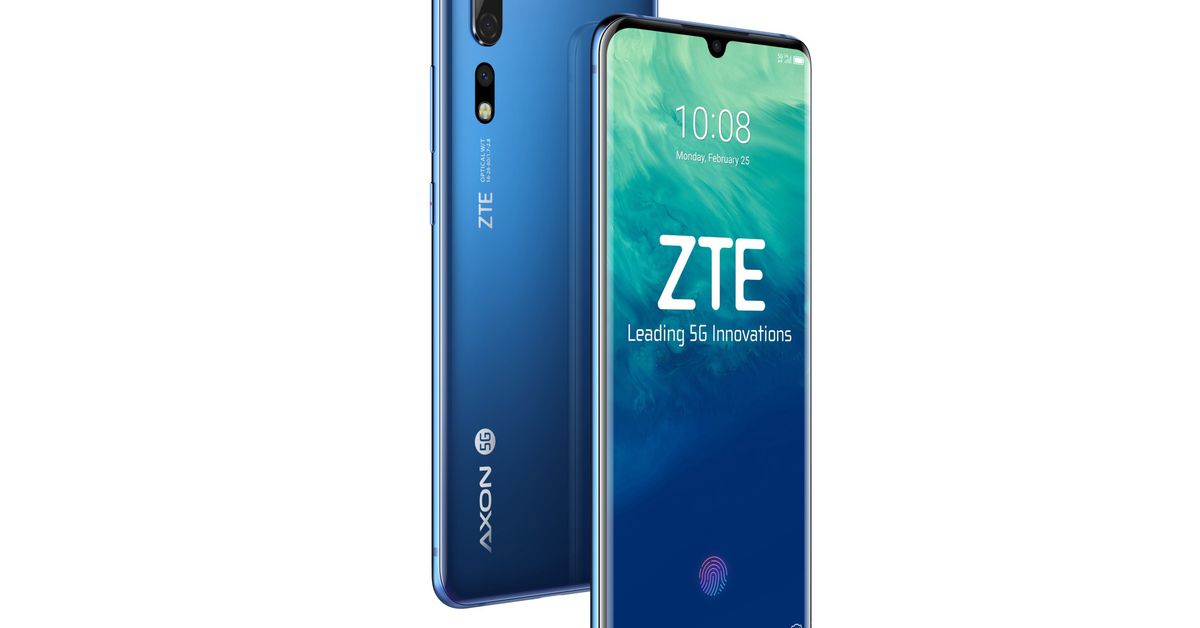 At MWC 2019, 5G phones will be making their first appearance in the field, and ZTE is the latest company to throw its hat into the ring with the announcement of the Axon 10 Pro 5G launching later this year becomes China and Europe.

No price or release date, of course

Next to the next-gen network, the Axon 10 Pro 5G looks like a pretty nice upgrade from last year's Axon 9 Pro: The iPhone has reached size X. The fingerprint sensor was from the back moved to an in-display sensor and the dual cameras were upgraded to a system with three cameras (with wide-angle and ultra-wide-angle lenses) In addition to the main shooter).

ZTE has not fully announced the specifications for the Axon 1

Like most of the 5G cell phones that were announced at CES, there is still no information on price or release date outside this vague "first half of 2019", but CNET says that ZTE is already at eight International carriers for 5G support works forever when it's released.

The Blade V10 features a 2.1GHz octa-core processor, a 6.3-inch 2280 x 1080-pixel display (also with a teardrop notch) and a 32 megapixel sky front camera, which is meant for selfies. It also has a 3.5mm headphone jack, a 3200mAh battery, Android Pie and comes with either 3GB of RAM and 32GB of memory or 4GB of RAM and 64GB of storage. No price has yet been announced, but it will be released in China and Europe in March, followed by a launch in Latin America in April.

ZTE did not offer much detail on the V10 Vita, but an earlier leak of XDA Developers revealed that it offers an eight-core 1.6 GHz processor and a 1520 x 720 display. However, it is still shipped with Android Pie, which is nice on a cheap phone.